Who Wins and Who Loses in the Latest G.O.P. Health Care Bill

The American Health Care Act, which narrowly won passage in the House on Thursday, could transform the nation’s health insurance system and create a new slate of winners and losers.

While the Senate will probably demand changes, this bill, if it becomes law in its current form, will repeal and replace large portions of the Affordable Care Act (Obamacare). It will change the rules and subsidies for people who buy their own insurance coverage, and make major cuts to the Medicaid program, which funds care for the poor and disabled. 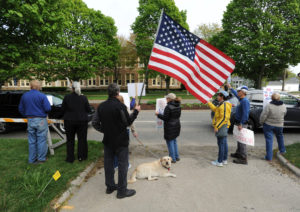 A group protesting outside the St. Joseph, Mich., office of Representative Fred Upton on Wednesday. Mr. Upton emerged as a crucial supporter of the effort to revive the G.O.P.’s health care bill. Credit Don Campbell/The Herald-Palladium, via Associated Press

Any sizable change in our complex health care system leaves some people and businesses better or worse off. For some, insurance will become more affordable — or their taxes will be lower. Others will lose out on financial support or health care coverage. You can see how you might be affected in our summary of winners and losers.

High-income earners: The bill eliminates two taxes on individuals earning more than $200,000 or couples earning more than $250,000: a 0.9 percent increase on the Medicare payroll tax, and a 3.8 percent tax on investment income. It also allows people to save more money in tax-excluded health savings accounts, a change most useful to people with enough money to have savings.

Upper-middle-class people without pre-existing health conditions: The Affordable Care Act cut off subsidies to help people buy their insurance at an income of around $48,000 for a single person. The American Health Care Act would let people get government subsidies much higher up the income scale — up to about $150,000. But the bill allows states to waive rules on minimum benefit standards and rules that prevent insurance companies from charging higher prices to customers with pre-existing illnesses. That means, over all, the gap between the tax subsidies and the cost of needed care could widen, even for some people who will get extra financial help.

Young, middle-class people without pre-existing health conditions: The bill would change how insurance companies price their products in a way that would lower prices for young customers. It also gives them a flat subsidy that is, in many cases, higher than what they would receive under Obamacare. There is some variation by region, and people with pre-existing conditions could be charged higher prices in some states.

People who wish to go without insurance: The bill would eliminate the individual mandate, which charges a tax penalty to Americans who can afford insurance but do not obtain it.

People who want less comprehensive health coverage: The bill allows insurers to offer health plans with higher deductibles and co-payments, a change likely to lower premiums. Customers in states that waive benefit rules may also be able to buy plans not covering as many medical services, like maternity coverage.

Large employers: The bill eliminates Obamacare’s employer mandate, which required large employers to offer affordable coverage to their workers. If the bill becomes law, companies that do not wish to cover their workers will face no penalty. It frees all large employers of the complex reporting necessary to enforce the provision. It also pushes back enactment of a tax on high-cost employer health plans.

Medical device companies, indoor tanning companies and a few other medical industries: The bill rolls back taxes on devices, tanning, prescription drugs and health insurance products. Some of those industries may lose a little as well — insurance companies, for example, may have fewer paying customers.

Poor people: Many states would be expected to roll back their expansions of the Medicaid program to cover childless adults without disabilities. The bill would also substantially reduce subsidies available for Americans just over the poverty line, the group that benefited most from Obamacare’s subsidies. Poor Americans are much more likely to become uninsured under the bill, according to the Congressional Budget Office, and those who retained coverage would pay much more of their limited incomes on premiums and deductibles.

Older Americans, in most states: The same factors that make the bill better for many young Americans make it worse for those who are older. Insurance companies could charge a 64-year-old customer five times the price charged to an 18-year-old one, to cite the most extreme example. The changes in the subsidy formula would also require older middle-class Americans to pay a much larger share of their health insurance bill. The Congressional Budget Office estimates that far fewer older Americans would have insurance coverage under this bill than under the Affordable Care Act.

Who Wins and Who Loses Under Republicans’ Health Care Plan
Maps comparing tax credits under the Affordable Care act and those in the plan House Republicans recently released across groups of incomes and ages.

People with pre-existing health conditions, particularly in some states. The bill allows states to waive rules on minimum benefit standards and rules that prohibit insurance companies from charging higher prices to customers with a history of serious illness — or even minor diseases. And it could mean their insurance covers fewer medical services. The benefit changes could also affect Medicaid beneficiaries, and they could mean cutbacks on coverage for mental health and drug addiction treatment. States that waive the rule about prices would be required to set up a program for high-risk customers, and would get some federal funding to do so, but the details are unclear.

State governments: The bill cuts back substantially on federal funding for state Medicaid programs, while offering states only limited new flexibility in how they manage them. Over time, the changes are likely to shift an increasing share of Medicaid costs onto states.

Hospitals: Assessing an earlier version of the bill, the Congressional Budget Office estimated that some 24 million fewer people would have health insurance in a decade. Some of those people would still have medical emergencies and require hospital care. Obamacare made substantial cuts in how much Medicare pays hospitals, on the theory that they would make up the difference with more paying customers. The Republican bill does not restore any of the Medicare cuts. Hospitals in poor communities where a lot of people signed up for Medicaid would probably experience the biggest hit.

Planned Parenthood: The bill would prevent Planned Parenthood from receiving any federal money for one year, a major hit for a health care provider that relies substantially on payments from Medicaid and the Title X family planning grant to provide contraception, cancer screenings and other women’s health services. The bill would also seek to reduce access to abortions, by preventing federal subsidies from going to any health plan that covers abortions. 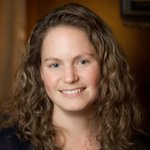 A version of this article appears in print on May 5, 2017, on Page A1 of the New York edition with the headline: Wealthy People Benefit, the Poor Much Less So. Order Reprints| Today’s Paper|Subscribe.