Mental health advocates are worried that President-elect Donald Trump will undermine disability rights. Civil justice advocates fear that his nominee for attorney general, Sen. Jeff Sessions, R-Ala., will unravel the Department of Justice’s power to police the police. These two domains converge on how law enforcement handles people such as Sean Moore, a 42-year-old man with schizophrenia, who was shot and wounded in San Francisco’s Ocean View neighborhood on Jan. 6. 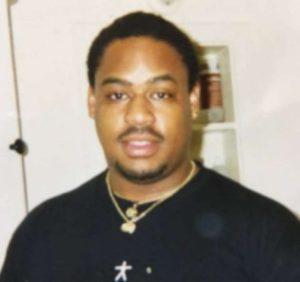 Many Republicans oppose the U.S. Justice Department’s use of investigations and consent decrees to change police practices. In the context of mental illness, though, these tools are of critical importance. Fear of legal liability can improve response in departments that have already implemented reforms, while spurring action in the many departments that have not.

According to press reports, Moore aggressively engaged with officers outside of his home when they responded to a disturbance call. At one point he kicked an officer and later punched another in the face, knocking him to the ground. When Moore advanced, that officer shot him in the stomach and groin. De-escalation strategies may have been tried but clearly weren’t effective.

What makes this situation especially frustrating is that San Francisco has been a leader in this area of policing. Officers receive crisis intervention team training and the department works with mental health professionals. The department even has a Crisis Intervention Specialist Team at the ready — but it did not come to the scene on Jan. 6.

If San Francisco police can’t get their response to people like Moore right, what hope is there for other police departments?

We suggest that the Trump administration extend the Americans with Disabilities Act to cover investigations and arrests of people like Moore. Title II of the act, which prohibits discrimination by state and local governments against people with disabilities, should be used as leverage to enforce higher standards of policing. Even proactive departments, such as San Francisco’s, appear to need outside monitoring and assistance.

Under the Obama administration, the disabilities act was used to review police practices related to people with mental illness. For example, the Department of Justice found the Baltimore Police Department in violation of the law for its failure to train officers in crisis response and to deploy trained officers to crisis situations. The North Miami Police Department is under federal scrutiny for a violation of the disabilities law after last year’s shooting of a behavioral health therapist attending to his patient.

If the next U.S. attorney general continues the practice of investigating police departments for disability act violations, then it will give the mayor, chief of police and city risk management attorneys more incentive to improve performance. The Ninth Circuit Court of Appeals ruled in 2014 that the Americans with Disabilities Act applies to arrests of mentally ill individuals. In October, the city of San Francisco paid $1 million settlement for a police shooting of a mentally ill woman.

This focus will encourage a different set of questions. Instead of “was the shooting justified?,” the typical approach when officers’ use of force is challenged, the disabilities act encourages asking, “Was the person’s disability reasonably accommodated during a police encounter? Was avoidable suffering or indignity caused by the actions of an officer?”

Information sharing and preparation make it less likely that force will be required. For example, had police been informed of Moore’s illness on the way to the call, or had waited for the crisis team after the initial encounter, a shooting may have been averted. In the absence of immediate danger, an informed, “go slow” approach should be the standard.

More significant, though, will be the effect of the U.S. Department of Justice attention in other cities. According to a Washington Post database, police killed approximately 250 people showing signs of mental illness in 2016. The Treatment Advocacy Center estimates that at least one in four and as many as half of all fatal police shootings involve individuals with untreated mental illness. And, of course, injury occurs in many more.

With so many severely mental ill people falling through the cracks in mental health care systems — and that is the root cause of the problem — police will continue to be the front-line response to those in crisis. Federal enforcement of the disabilities act is needed to improve departments who have not begun the process of change or have been resistant to it.