For decades, therapists, patient advocates and countless families have worked to elevate mental health care in the political conversation. Their cause recently received a big boost when a new law created a federal mental health “czar” to help overhaul the system and bridge more than 100 federal agencies concerned with mental health.

But the White House’s choice for the first person to fill that position has already been divisive, exposing longstanding rifts within the field that may be difficult to mend. 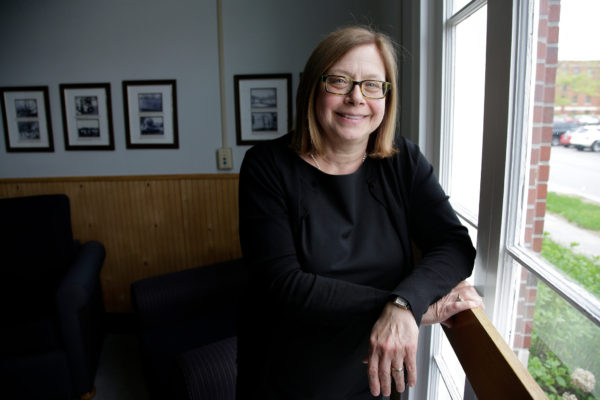 Elinore McCance-Katz has been tapped by President Trump to fill the position of assistant secretary for mental health and substance use. The “czar” position was created to overhaul the mental health care system and bridge more than 100 related federal agencies. Credit Steven Senne/Associated Press

President Trump has announced his intention to nominate Elinore F. McCance-Katz for the new position, assistant secretary for mental health and substance use. Dr. McCance-Katz is a psychiatrist whose long career has been focused on treating drug addiction, in particular opioid abuse. She has the support of several prominent groups, including the American Psychiatric Association and the National Alliance on Mental Illness, but others, including the Foundation for Excellence in Mental Health Care, are skeptical.

A central tension in the debate is between the medical model of psychiatry, which emphasizes drug and hospital treatment and which Dr. McCance-Katz has promoted, and the so-called psychosocial, which puts more emphasis on community care and support from family and peers.

“I feel like I died and went to heaven,” a prominent backer of the medical approach, Dr. E. Fuller Torrey, associate director of the Stanley Research Institute, said of the new position and Dr. McCance-Katz as its nominee. “I honestly didn’t think I’d see something like this happen in my lifetime.” Dr. Torrey and an organization he co-founded, the Treatment Advocacy Center, has been pushing to expand medical psychiatric services for more than 20 years.

But Harvey Rosenthal, executive director of the New York Association of Psychiatric Rehabilitation Services, which is funded in small part by Samhsa, said he was concerned about the potential direction the appointment of Dr. McCance-Katz could signal. “I fear that in this political environment it could denigrate and unravel some of the great progress we’ve made in person-centered recovery and rehabilitation services and peer support.”

For partisans, this rift is tribal: Those on the medical side are appalled at the lack of hospital beds and aggressive court-ordered — i.e. involuntary — drug treatment for people most in need, particularly those with schizophrenia, many of whom do not believe they need treatment and end up in prison.

On the other side, advocates, former patients, and some doctors argue that medical treatment by itself — beds and meds, as they call it — is often not sufficient and, when forced, can alienate the people it is meant to help.

In practice, the two sides argue more over emphasis in care and agree on many points; in public, it is all black and white. The creation of the new mental health czar position, and the nominee, are seen broadly as a victory for the medical side. Dr. McCance-Katz, if she is confirmed, is expected to steer more funding toward assertive drug treatment of the seriously mentally ill, and less toward social supports.

Dr. McCance-Katz began her career at Yale, later moving to the Albert Einstein College of Medicine and the University of California, San Francisco, building an expertise in treating drug addiction with medications. She was medical director of California’s Department of Alcohol and Drug Programs, before becoming the first chief medical officer at the Substance Abuse and Mental Health Services Administration, or Samhsa, the primary federal agency overseeing substance abuse and mental health services, in 2013. The medical officer serves under the agency’s director.

The person most responsible for creating the czar position, Representative Tim Murphy, Republican of Pennsylvania, a practicing psychologist, also objects to Dr. McCance-Katz’s nomination, but for another reason. Mr. Murphy, as chairman of a congressional subcommittee, investigated federal mental health programs after a 20-year-old man with severe mental illness shot and killed 26 elementary school students and teachers at Sandy Hook school in Newtown, Conn., in 2012. He found fault with Samhsa for not sufficiently addressing the hardest-to-treat forms of mental illness, and for using some of its funds to support organizations and conferences where participants encouraged patients to go off their physician-prescribed psychiatric medicines.

Mr. Murphy said he was disturbed that Dr. McCance-Katz publicly defended the agency as efficient and effective during her two-year tenure as the leading physician at Samhsa. “She does not have my confidence,” Mr. Murphy said in an interview. “When she was there, she knew there was a problem, and she didn’t speak up,” he said. “We never heard from her.”

Samhsa, where Dr. McCance-Katz served as chief medical officer from 2013 to 2015, has itself become a lightning rod in the debate. In fact, Dr. McCance-Katz has sent mixed signals about her preferences. She defended the agency while there, but after leaving she wrote a sharp critique in Psychiatric Times concluding that its approach “includes a focus on activities that don’t directly assist those who have serious mental illness.”

Mr. Murphy and members of his staff said he had raised his concerns about the nominee directly with the secretary of health and human services, Dr. Tom Price, and Vice President Mike Pence.

Representative Murphy has also attacked the choice publicly, on Twitter and in interviews. Many people following the drama, both inside and outside Washington, believe that he is upset that the White House passed over his favored candidate. According to Mr. Murphy’s staff, that was Dr. Michael Welner, a prominent and controversial New York forensic psychiatrist who helped develop the legislation that created the position.

In an email, Dr. Welner confirmed that Mr. Murphy had approached him about recommending him to the Trump administration for the position. He said he initially declined, because of the sacrifices involved, but later accepted because of the prospect of saving lives. He said he believed that federal mental health funding should be refocused on the most costly mental health challenges and on evidence-based treatments.

The agency devotes a small portion of its $3.7 billion annual budget to psychosocial supports, like guidance from so-called peers, the former patients who help those in need navigate the system. While proponents of a more medical approach have criticized this support, other mental health professionals believe there is not enough emphasis on this and other non-pharmacological programs. “Peers are not serving as mental health professionals, but peers are providing much needed support, because they have an understanding of what it’s like to struggle with mental health problems,” said Ellen Garrison, senior policy adviser at the American Psychological Association.

Whichever direction the new mental health czar chooses, most agree that the new position at least concentrates accountability for change in one place.

Senator Christopher Murphy of Connecticut, who co-sponsored the new mental health law, said he hoped that Dr. McCance-Katz would advocate full adoption of its most important provisions, which he said were “those pushing insurance companies to cover more mental health treatment.”

“There’s no choice to be made in treating mental illness through a purely medical model or through a more social and contextual program of support,” Senator Murphy said, adding: “Lots of people with mental illness have a disease of the brain that can be treated with medication, but also have major traumas in their life that need other kinds of therapies as well.”

“The federal agencies most responsible for the welfare of people with severe mental illness and substance problems have all failed them miserably,” said Dr. Allen Frances, a professor emeritus of psychiatry at Duke. “We should turn prisoners into patients, provide easy access to treatment in the community and ensure they have a decent place to live.”