Redwood City – A year that saw historic drought ended with historic rainfall. The bust-to-boom weather is one of the leading stories of 2022, a busy year for news and events.

Here’s a look at the Top 12 stories of 2022 that will impact San Mateo County in 2023, as selected from our archives by the County Executive’s Office communication’s team. What follows (not in order of implied importance) does not include crime or court issues (those are outside our scope and responsibility).

And apologies for the delay. The rain washed away our first draft.

The Board of Supervisors in the fall awarded more than $54 million to 11 projects that will create more affordable housing from Daly City to East Palo Alto. The list includes projects for residents with low incomes, seniors and veterans and people experiencing homelessness.

The County since 2013 has invested $350 million in affordable housing production and preservation. That has leveraged more than $2 billion in state and federal funding and private sources in support of 4,500 affordable homes.

The County began the year by breaking round on a Navigation Center, which will provide 240 safe temporary living spaces along with intensive support services for individuals and couples. The Navigation Center will play a central role in the County’s goal of effectively ending homelessness – that is where every unsheltered homeless person who chooses assistance will be provided interim or permanent housing. Look for it to open early this year.

The County along with numerous partner agencies stepped up efforts to confront the risk of wildfire by thinning vegetation and removing other fire risks from Daly City to Pescadero.

Healing by Design: A New Era in Treating Mental Illness

A campus that will transform the treatment of San Mateo County’s most vulnerable mentally ill residents began to take shape off of Edgewood Road between Redwood City and San Carlos.

The 121-bed Cordilleras mental health campus will replace a drab concrete facility that opened during the Truman Administration as a tuberculosis ward and transitioned to a mental health treatment center more than four decades ago.

The new campus, expected to open in 2024, comprises a cluster of small residential buildings with shared community spaces. The design reflects a new approach to treating mental illness: a home-like setting with windows and doors opening to nature.

November 2022 witnessed the first time in a generation that two new members of the Board of Supervisors were elected to their first full terms at the same time.

End of an Era

As two new members were elected to the Board of Supervisors, Carole Groom and Don Horsley left the Board as the year ended.

Representing District 2, Groom helped to found a literacy initiative and advocated for fresh voices to be heard in local government; read seven ways she changed San Mateo County. Representing District 3, Horsley sought to bring attention to the need to increase access to mental health care and was instrumental in improving and expanding local parks; learn why he became an advocate for mental health. Their legacies will be felt for years to come.

With mass shootings and other forms of gun violence rocking the United States, the County championed an initiative to remove guns from the hands of felons, stalkers and other people prohibited from possessing firearms.

The County, along with its partners, also hosted gun buybacks in the hope of lessening the chance residents will experience the type of loss that impacted the life of Deborah Kemper, a San Carlos resident who, as a child, lost her mother to gun violence.

2022 was the second driest year in San Mateo County since the 1890s — that is until a deluge described as a bomb cyclone with a series of atmospheric rivers began on New Year’s Eve.

As of this publication, with more storms on the way, it’s still an open question as to whether the rains will quell the drought. The latest prediction from the National Weather Service says, “Drought remains but improves,” which, after all, is a pretty good prognosis for any situation.

A New Addition to County Center

The speed at which a fresh addition to the County Center complex is taking shape may come as a surprise to those who stayed away from downtown Redwood City during the pandemic.

The new five-story building along with its courtyards is expected to serve as the Peninsula’s town square: An inviting gathering place that embodies transparency and public access to government with its banks of windows and meeting places.

Once complete, the building will house meetings of the Board of Supervisors, among other functions, and allow the County to consolidate offices that are now located in rented space. The 1950s Hall of Justice, which now hosts Board meetings, will continue to operate as a courthouse while most County operations move to the new building.

Four years following an announcement by San Mateo County and Peninsula Open Space Trust to protect Tunitas Creek Beach and create a new beach park, a milestone was celebrated on December 15 at the groundbreaking ceremony for visitor facilities.

Look for County’s new beach park to open in late 2023. The beach is located about eight miles south of Half Moon Bay.

Progress on the Ohlone-Portolá Heritage Trail

Two new Ohlone-Portolá-themed interpretive panels have been installed on Crystal Springs Regional Trail. The panels describe the practices of the native Ohlone inhabitants as well as the Portolá Expedition’s experiences during their exploration of the region in 1769.

The year ended with about 94 percent of the county’s 775,000 residents having received at least one dose of COVID-19 vaccine, one of the highest rates in the state.

San Mateo County Health offers updated, bivalent boosters, which are effective against both the original strain of the virus and the Omicron variants, at its community clinics. Advance appointments are available on MyTurn, though appointments are not required. Updated boosters are also available from primary health care providers and pharmacies.

Since the pandemic began, 879 local deaths have been attributed to COVID-19. 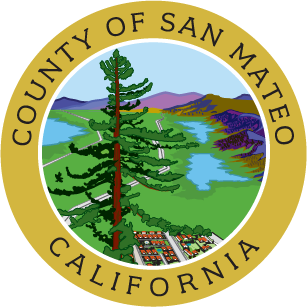