How To Talk to Your Kids About Your Mental Health Issues

Anxiety, depression and other mental health concerns experienced by a parent has a profound effect on children. They may absorb the parent’s distress without a word about it. They may be frightened and confused. They make think they are at fault for the parent’s changed behavior.

While many parents would shy away from telling their children the truth, as a psychoanalyst and psychotherapist I encourage parents to speak up. It’s important to decrease the confusion and help children understand the illness and its symptoms so they can cope better. 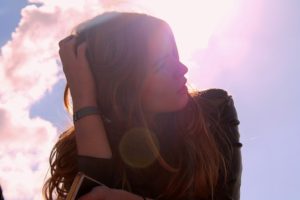 This is an important teachable lesson to dispel myths and decrease the stigmas applied to those suffering from mental illness.

Given the stats, mental illness is very real, but also treatable. Simply state the causes and the symptoms. Explain that depression and anxiety are common illnesses that often come together. If asked, tell them you don’t die from it.

Help children to make sense of the changes they’ve personally observed, and explain to them that they aren’t expected to become the parent to their parent.

For example, with regard to depression, the parent can explain that the illness makes a depressed person tired sometimes and a bit grouchy and irritable but it’s not because of anything the child has done. Emphasize that the child is in no way at fault.

Ask the children if they have any questions and answer briefly but honestly. Unless they ask, don’t go too deeply into the fact that it has to do with the brain because they may imagine a much more significant disease.

Explaining to children who are about nine to ten years old and older may help them comprehend the effect on them. Younger than that may just scare them into thinking they aren’t safe and secure. It’s important to tailor your language.

With teens, they will probably “google” depression and then ask more about serotonin effects which you can explain. In fact, ask them to “google” with you.

Depending on the extent of the illness the parent can explain that she will still be doing what’s needed for them to prepare for school and the normal routines of everyday life. Let the children know that the parent is getting treatment for her problem. Tell the kids that medicine is taken that helps as well.

Let them know that they can also speak to a professional that will help them further understand depression and anxiety and the effects their parent’s s plight has on them.

4. Appreciate their patience Assure them that you will do your best to keep your illness from interfering with their daily activities.

Laurie Hollman, Ph.D. is a psychoanalyst with specialized clinical training in infant-parent, child, adolescent, and adult psychotherapy. She has been on the faculties of New York University and the Society for Psychoanalytic Study and Research, among others. She has written extensively on parenting for various publications, including the Psychoanalytic Study of the Child, The International Journal of Infant Observation, The Inner World of the Mother, Newsday’s Parents & Children Magazine, Long Island Parent. She also wrote her popular column, PARENTAL INTELLIGENCE, at Moms Magazine and has been a parenting expert for numerous publications such as Good Housekeeping. She currently writes for Active Family Magazine (San Francisco) and Thrive Global.. Her new book is Unlocking Parental Intelligence: Finding Meaning in Your Child’s Behavior. easily found on Amazon. Visit her on her website for more guidance: http://lauriehollmanphd.com. 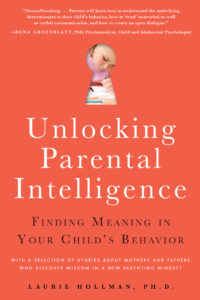 If you or someone you know needs help, call 1-800-273-8255 for the National
Suicide Prevention Lifeline. You can also text HELLO to 741-741 for free,
24-hour support from the Crisis Text Line. Outside of the U.S., please
visit the International Association for Suicide Prevention for a database
of resources.