Are celebrities changing how we talk about mental illness and the importance of getting the help one needs? #stigmafree #allmindsmatter

Sharon Osbourne: ‘I Had a Complete and Utter Breakdown,’ Woke Up in the Hospital

A tough time. Sharon Osbourne revealed on a new episode of The Talk that she was depressed and had an emotional breakdown in May 2015, causing her to take a monthlong hiatus from the CBS daytime talk show.

Before sharing her story publicly for the first time, the TV personality, 63, told her fellow cohosts that she was ready to finally open up about last year’s medical emergency.

“I feel now that I have got a good grip on the problem that I have, and I’m in control. It doesn’t control me,” Osbourne said on Monday, September 12. “And if I can help somebody else along the way, I would feel great to be able to give whatever advice — or just what I went through — to help somebody else so they don’t feel ashamed or anything like that.” 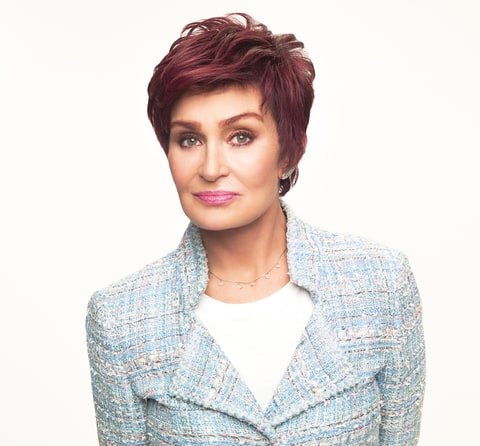 She continued, “It’s very weird when you suffer from a bad depression. … I had a complete and utter breakdown. I woke up in Cedars-Sinai Hospital, and for probably three days, I knew nothing. I couldn’t think. I couldn’t talk. … My brain just shut down on me. And it’s hard enough surviving in this world anyway, but when you take on too much — I was doing too much of everything, thinking that I’m superwoman. I’m so strong. I can handle this, I can handle that. And it just fused. My brain just totally fused. And I just couldn’t cope with anything.”

During her hospital stay, Osbourne says she didn’t want to eat or talk to anyone. Eventually, she was moved to a different facility because Cedars-Sinai wasn’t “equipped to deal with mental issues.” The talk show host says it took her nearly seven months to find “the right combination of medications” and “the right therapist.”

“[I] also went into another treatment center to learn how to meditate and to do yoga and to find spirituality,” the former America’s Got Talent judge explained. “It’s amazing that [doing] some meditation in a day, how it just calms you down and it helps you think and center yourself. All these things helped get me to where I am. And when problems come in now where I would have folded, I’m like, ‘OK, bring it on.’”

Osbourne (who briefly split from husband Ozzy Osbourne earlier this year after he had an affair with a celebrity hairstylist) also shared a sweet message to those who deal with depression, saying, “I want you to realize that there is so much help out there, whether it is your medication, whether it is you need to go into group therapy, or you need to go and learn some spirituality to ground you, to center your body, your soul. There is so much help out there. … It’s nothing to be ashamed about. It really isn’t.”