San Francisco got permission from the state Thursday to implement an expanded conservatorship system that supporters say will give the city more tools to treat the mentally ill and addicted people adrift on the city’s streets.

Mayor London Breed said she wants to move quickly to implement a plan. 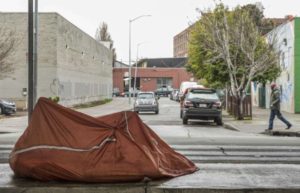 With Gov. Jerry Brown’s signature on SB1045, San Francisco, San Diego and Los Angeles counties can create five-year pilot programs allowing them to expand the conditions under which a mentally ill or drug-addled person may be involuntarily held. The law is meant to provide greater flexibility to treat homeless people suffering from mental illness or addiction who might refuse treatment.

“The status quo is unacceptable — it is not humane to allow San Franciscans struggling with severe mental illness and addiction to continue to suffer on our streets,” Breed said in a statement. “I have been a longtime supporter of strengthening our conservatorship laws and I look forward to moving quickly to implement this legislation at the local level so we can start providing care to those in need.”

The bill was authored by Sen. Scott Wiener, D-San Francisco.

In June, Breed and Supervisor Rafael Mandelman traveled to Sacramento to urge state lawmakers to approve the bill. Previously, state law restricted the length of time people could be held — or “conserved” — against their will to 72 hours if they posed a danger to themselves or others, though counties could petition a judge for extensions.

Under the new law, the city can petition a judge to hold a person for up to a year if they’ve cycled through multiple so-called 5150 — code for temporary commitments — holds and are ineligible for outpatient treatment. During that year, the conserved person can petition for a hearing for release every month. 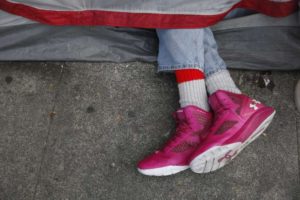 © Lea Suzuki / The Chronicle A person’s sneakered feet stick out from a tent along 5th Street on Friday, May 25, 2018 in San Francisco…

Mandelman applauded the passage of SB1045, but cautioned that the bill “is no panacea.” Apart from procedural hurdles, city lawmakers will have to consider the fact that there is already a shortage of residential care beds and other resources for the mentally ill, he said. They’ll also likely face opposition from critics who claim the law will criminalize homelessness.

There is already some apparent conflict within the Board of Supervisors about the bill. In April, a resolution supporting SB1045 sponsored by then-Supervisor Breed failed after the board’s progressive wing opposed it, with several members saying they needed more time to review the law. The resolution had the backing of the board’s moderate bloc.

Mandelman’s vocal support from the progressive wing could prove to be important in bridging the political divide. 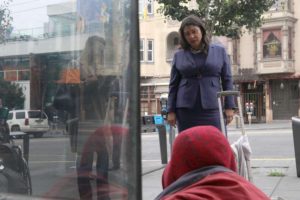 The city needed state authority to make any sweeping changes to local laws around conservatorship, but lawmakers have taken smaller steps in recent months.