The Lord of the Rings actor opens up about the importance of carrying on his late mother Patty Duke’s legacy in mental health advocacy.

Although actor Sean Astin is famous for his memorable roles in iconic films like The Goonies, Rudy, the Lord of the Rings trilogy and recently Netflix’s Stranger Things, he’s also known within the mental health community for his advocacy work, inspired by his late mother Patty Duke’s pioneering work in the field. 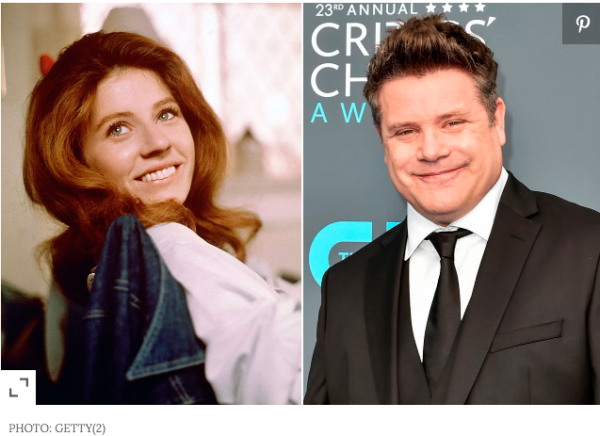 “My mother had bipolar disorder and she was one of the first to go public about her experience,” Astin, 49, says of the Oscar winner, who died in 2016.

Duke first shared her bipolar diagnosis with the world in her 1987 memoir, Call Me Anna, and worked to raise awareness for mental health until her death.

“The pain that my family endured because we were living with someone with a mental health condition actually has become an important ingredient to my being able to offer support to other people,” Astin tells PEOPLE in this week’s issue of his ongoing advocacy, which includes his upcoming participation in the Well Beings virtual town hall hosted by the National Alliance on Mental Illness and WETA, the PBS station in Washington D.C., to launch a campaign targeting the youth mental health crisis.

“I’m not speaking as an expert; I’m speaking from personal experience,” he says. Astin’s advocacy also extends to his family via their open and honest discussions about the subject.

“We’re a talky family,” he says of wife Christine, 52, and their daughters Alexandra, 23, Elizabeth, 17, and Isabella, 15. “We share our feelings. If someone has an issue, there’s no judgment. These conversations don’t have to be laden with guilt or shame or fear or judgment.”

Recently, they’ve had plenty of time for those talks.

“The silver lining of COVID for my family is we’ve spent more time together than we ever would have,” says Astin. “That is a gift.”