“Fourteen” touches on several aspects of life that you don’t often see dramatized. It’s the story of two friends, who met in middle school and have remained close into adulthood. It’s about the nature of that bond, and it’s also about what happens when one of those friends is mentally ill. 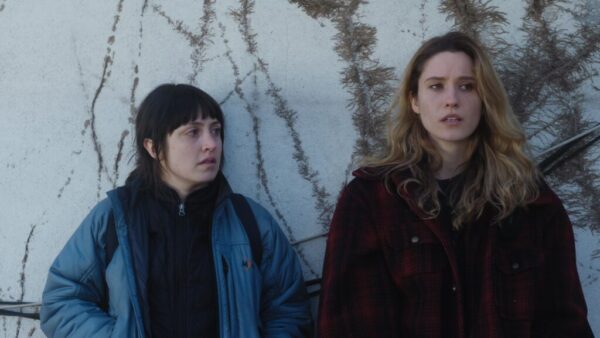 I hope casting agents and other industry types see “Fourteen,” because I want them to see Norma Kuhling (of the NBC series “Chicago Med”), who plays Jo. She takes this strong role, by writer-director Dan Sallitt, and hits it exactly right.

As played by Kuhling, Jo is brilliant, talented, poised and the most interesting person in every room she enters. There’s nothing off about her, nothing weird or odd. She just can’t seem to live with herself. She has no quiet place inside. It’s as if the second she sits still, something within her goes on the attack — against herself.

In a less well-made movie, the audience, out of concern for Mara, would begin to see Jo as a drag on Mara’s existence. Instead, seeing Jo as Mara sees her, we recognize Jo as a marvelous and frustrating person, clearly just one slight mental adjustment away from having a dazzling, rewarding life. Mara would like to fix her, and so would we.

Obviously, the success of a movie such as this depends on our believing in the interaction of the two women, that the friendship is real. The director builds that, not all in one scene, but confidently, from moment to moment. These middle school friendships are interesting because they run very deep, even though people change as they get older. If Jo and Mara met as adults, they might not have connected, but instead they met as kids and are connected for life.

The movie follows both women over the course of about 10 years. (The title, “Fourteen,” refers to the age at which Jo began to become unhappy.) We see them through a succession of men and in varying circumstances. The movie doesn’t announce the shifts in time, from scene to scene, we just follow along.

In any case, if you see “Fourteen,” tell me what you thought of the ending. I’d be curious to hear some other reactions.