Post natal depression and psychosis: MUST be taken seriously. 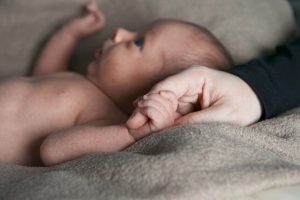 Women who suffer from psychiatric disorders after giving birth like post natal depression and psychosis have a higher mortality rate than other young mothers. They are particularly at risk of committing suicide.

This is the conclusion of a study – the most comprehensive to date on the topic – published in the American Journal of Psychiatry. Danish epidemiologists analysed the data of 1,545,837 women who gave birth over the course of four decades, between 1970 and 2011.

Few countries can provide researchers with data registries as rich as Denmark and access to that much information is not common. Because of the wealth of information, the study authors were able to compare very detailed data on the psychiatric state of new mothers with those from other groups of women, over a long period of time.

Suicide risk for women suffering from postpartum psychiatric disorders had already been described in the past, but such precise comparisons enabled the researchers to better understand the causal link between birth and suicides.

In total, 2,699 women had first-onset psychiatric disorders in the three months after birth. Of those 96 died during follow-up. Analysing these numbers, the researchers found that these women were four times more likely to die from natural or unnatural causes than other new mothers.

In the 12 months that followed the birth, suicide rate was also particularly high. The scientists say unnatural causes of deaths accounted for 40.6% of deaths among women with postpartum psychiatric disorders, and that the suicide rates increased dramatically in the five years after the disorder’s diagnosis compared with mothers who had no history of psychiatric problems.

Diagnose and treat the disorder

“The general belief is that a new mother doesn’t take her own life, and that she ought to be enjoying motherhood, but the reality isn’t always like that. We think it’s important that women with postpartum psychiatric disorders are properly diagnosed and get the treatment they need, which possibly can prevent that they commit suicide,” says Trine Munk-Olsen, one of the lead author.

In the UK, post-natal depression, the most common postpartum psychiatric disorder, affects around 1 in 10 women.

Postpartum psychiatric disorders are mental health problems that affect women (and, less frequently men) after the birth of their child. Although a majority of women experience mood problems at this time of their life, this is generally short-lived.

However, between 10 and 15% of women actually suffer from more serious disorders, over a prolonged period. Symptoms can be very different between patients, but there are broadly three categories of postpartum psychiatric disorders: postpartum blues, postpartum depression (sometimes better known under the term post-natal depression) and postpartum psychosis.

Postpartum blues (or “baby blues”) is very common, and does not actually need any treatment. Many women experience it, and it is characterised by feelings of sadness, mood swings, tearfulness, or stress. These symptoms typically peak on the fourth or fifth day after the birth and can remain for about two weeks. If they last longer, it is important to check up on the woman, who may be developing a more significant disorder.

Postpartum depression usually occurs at any given time in the first three months of pregnancy. Its symptoms are clinically the same as for a “traditional” depression, but anxiety levels are often particularly high. Doctors may use a questionnaire, the Edinburgh Postnatal Depression Scale to identify women suffering from the disorder.

Postpartum psychosis is the most severe disorder. It involves mania, depression, delusions or even hallucinations. It is much less common than Baby Blues or Postnatal Depression affecting about 1 in every 1000 new mothers. Women who suffer from it usually recover with appropriate psychiatric care.