Playing Politics with Mental Illness Pseudo-diagnoses of mental illness are not merely inappropriate, but harmful

We are currently experiencing one of the more politically polarized eras in American history. President Trump’s detractors have accused him of being unfit for office because he is racist, sexist, xenophobic, fascist, a Russian collaborator, and mentally ill. Within weeks of the inauguration, calls for his impeachment had begun. In contrast, the President’s most ardent supporters believe him to be a hero, who will rescue America from threats posed by radical Islamic terrorism, entrenched Washington interests, a biased media, and the progressive impulses of coastal elites.

Regardless of how one views the President, those who care about the well-being of persons with serious mental illness ought to unanimously condemn the accusations of mental illness being lodged against him. In the absence of any diagnosis by a qualified professional, the accusations amount to nothing more than careless generalities. Such unsubstantiated allegations of mental illness are not merely inappropriate, but harmful. They reinforce the negative stereotypes and pervasive stigma associated with mental disorders. The harm extends beyond the intended target, to the millions of people who are actually struggling to recover from clinically diagnosed mental illness.

President Trump is not the first national politician to be ‘accused’ of mental illness sans diagnosis. Perhaps the most impactful case occurred during the 1964 Presidential election. During the campaign, Fact magazine conducted a survey in which more than 12,000 psychiatrists were asked whether Senator Goldwater was “psychologically fit” for the Presidency. Among the 2,400 psychiatrists (less than 20%) who responded, nearly half said that Goldwater was psychologically ‘unfit for office.’ Despite the low response rate, and the fact that none of the psychiatrists had personally examined Senator Goldwater, Fact published the results. Senator Goldwater eventually won a defamation lawsuit against the magazine, but the damage (to the Senator and the psychiatric profession) had been done. [1]

In the aftermath, the American Psychiatric Association (APA) implemented the Goldwater Rule. According to the rule, implemented in 1973, it is acceptable for psychiatrists to respond to questions from the media on issues related to their profession. It is unethical, however, to offer a professional opinion on the psychiatric state of any individual without conducting a personal examination of that individual. The APA provides three main rationales for the rule (italics added):

By including mental illness among the list of negatives they associate with President Trump, his detractors are exploiting the stigma associated with mental illness for political purposes. That stigma derives from negative stereotypes of persons with mental illness as dangerous, incompetent, unpredictable, unstable, weak, and irredeemable (they will never recover). It follows that such a person must not be allowed to hold any position of importance, least of all the most powerful job in the world. But the stereotypes are false. There are many persons who have been diagnosed with serious mental illness who hold positions with considerable responsibility and authority (e.g. professors, lawyers, accountants, etc.). Their success is cause for celebration, not fear.

As the mother of a young man with schizophrenia, I personally resent the fact that mental illness has been included among the accusations leveled against the President. When mental illness appears along with fascist, sexist, racist, in the list of characteristics ascribed to President Trump, the implication is that being mentally ill is one of the worst things you can be. Indeed, numerous studies of attitudes toward persons with disabilities have documented the intensity of stigma associated with mental illness. In studies spanning five decades, four continents, and people age 5 to 65, mental disorders consistently evoke more intense stigma than physical disorders.

The stigma against mental illness is intense, enduring, and pervasive. It is also so acceptable. In today’s world, the derogatory terms once used to describe women, racial and ethnic groups, and persons with physical disabilities, are no longer acceptable in polite speech. Many people find it offensive that a football team is called the Redskins. Yet, terms like ‘crazy,’ ‘maniac,’ and ‘schizo’ are both common and acceptable.

To its credit, the APA renewed its commitment to the Goldwater Rule in a statement from the Ethics Committee this March. The statement reaffirms the principle that it is unethical to offer a professional opinion about an individual’s mental health without a personal examination. But the Ethics Committee did not stop there. The statement also offers rebuttals to recent (post-election) challenges to the Rule, including arguments based on freedom of speech and a psychiatrist’s ‘duty to warn.’

People with serious mental illness bear a heavy burden that is compounded by stigma. Persons in the public arena should not be reinforcing that stigma for political gain. The APA knows better. So should any mental health professional.

Pseudo-diagnoses of mental illness are unethical, unprofessional, and contrary to the best traditions of the mental health professions. When such unsubstantiated diagnoses are directed toward a public figure, there is collateral damage. The collateral damage lands on the mentally ill. It lands on their families, supporters, and sympathizers. Most importantly, it lands upon the ‘professionals’ who participate in the calumny, and the profession they represent. The outrage is that they are exploiting, for political gain, the vulgar stereotypes of mental illness that their scientific side has fought so long to suppress. 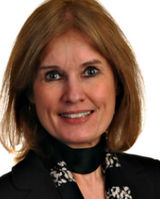 Marjorie L. Baldwin, Ph.D., a health economist and economics professor at Arizona State University, is author of the forthcoming book, Beyond Schizophrenia: Living and Working with a Serious Mental Illness.

In Print:
Beyond Schizophrenia: Living and Working with a Serious Mental Illness 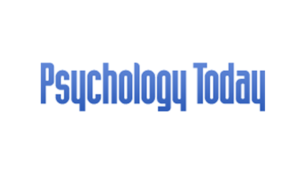