A few days after Donald J. Trump was elected president, I started getting anxious phone calls from some of my patients. They were not just worried about the direction President-elect Trump might take the nation, but about how they were going to fare, given their longstanding and serious mental illnesses.

“Will I still have insurance and have my medications covered?” one depressed patient asked me.

As a psychiatrist, I wish that I could be more reassuring to my patients during a highly stressful political transition, but in truth, they have reason to worry.

Mr. Trump campaigned on a promise to “repeal and replace” the Affordable Care Act, and his pick for secretary of health and human services, Tom Price, is a staunch opponent of Obamacare. The 2010 law provides medical coverage to an estimated 20 million Americans and specifically included mental health and substance abuse treatment as one of 10 “essential benefits” that all private insurers and Medicaid have to cover. 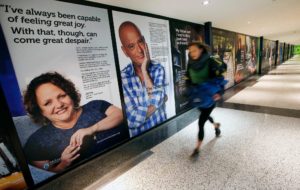 An art exhibit in Boston consists of large posters of nearly three dozen people, some ordinary, some famous, who have struggled with mental illness. Credit Michael Dwyer/Associated Press

For the 43.6 million American adults living with a psychiatric illness and the 16.3 million who have an alcohol use disorder, it is hard to exaggerate the importance of this. Until this law was passed, people with mental illness and substance abuse problems were subject to capricious annual or lifetime limits on coverage, higher deductibles or no coverage at all.

Obamacare changed all that and mandated that psychiatric disorders be treated on a par with non-psychiatric medical illnesses like cancer and heart disease.

It also prohibited the exclusion of people with pre-existing illness from medical coverage, which was an enormous boon for the mentally ill. Three-quarters of all serious mental disorders in adults — like major depression, schizophrenia and anxiety disorders — are present by age 25. So mental disorders are largely chronic illnesses that, while very treatable, are still characterized by relapses and recurrences.

There seemed to be a brief glimmer of hope when, last month, Mr. Trump suggested that he was open to keeping the rules about coverage for pre-existing conditions even after getting rid of Obamacare. But Mr. Trump’s selection of Mr. Price, an orthopedic surgeon, cast doubt on that. Mr. Price has proposed that insurers be required to cover pre-existing conditions only so long as an individual has had continuous coverage for the past year and a half. But many people with mental illness have lapses in employment and could easily fall through the cracks under a plan like that.

Obamacare isn’t perfect. No legislative action can erase the stigma surrounding mental illness, which is a major barrier to getting good treatment. Nor can it solve the serious shortage of mental health specialists or the limited access to psychiatric treatment, especially in rural areas.

Still, if President-elect Trump makes good on his promise to repeal the law, he will effectively strip millions of Americans with mental illness overnight of the most medically rational and humane benefits they have ever had — without giving them any indication of what, if anything, will replace them.

The consequences would be quick and devastating. Psychiatrically ill Americans who lost their coverage would be forced to seek treatment in emergency rooms, causing a meteoric rise in health care costs. And untreated mental disorders like depression, bipolar illness and schizophrenia would almost certainly lead to higher suicide rates.

The current annual cost to society of treating depression alone is $210 billion — 60 percent of which represents reduced efficiency at work and costs related to suicide. With a reduction in mental health care, this bill will balloon. In other words, untreated mental illness is not just a source of individual morbidity, mortality and immense suffering; it is also a largely preventable drain on our economy.

There is at least one more reason to worry about mental health in the age of Trump. Mr. Trump has said that Congress should give each state a lump sum of federal money for Medicaid, the health insurance program for lower-income people. This would effectively roll back the expansion of Medicaid under Obamacare, which provided coverage to an additional 12 million people in 31 states. Since people with mental illness are far more likely to receive public insurance like Medicaid than private insurance, this will hurt them disproportionately.

America can’t be great if millions of our citizens with medical and psychiatric illnesses lose their insurance coverage. An anxious nation is rooting for Mr. Trump not to let that happen. 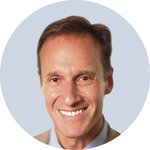 Richard A. Friedman is a professor of clinical psychiatry and the director of the psychopharmacology clinic at the Weill Cornell Medical College, and a contributing opinion writer.

A version of this op-ed appears in print on December 12, 2016, on page A21 of the New York edition with the headline: Mentally Ill Without Obamacare. Today’s Paper|Subscribe