How can you help?

Let your Senators know you care about mental health reform.

Here’s our suggested message: “As a constituent, I would like the Senator to demand a vote on S. 2680, the Mental Health Reform Act. Mental health parity laws are being broken every day. This bill will help.” 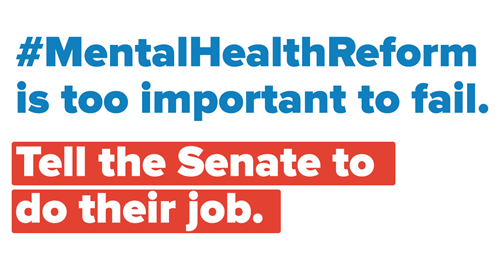 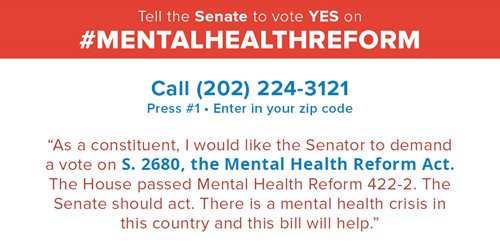 Congress is about to enter the “lame duck session,” which is the period between the election and when the new Congress convenes in 2017. Any bill that is not passed before the new Congress is sworn in, is dead. To be passed by the new Congress, a bill must be reintroduced and go through the entire legislative process again. We don’t want to start over. We want mental health reform this year.

Together, let’s get #MentalHealthReform done this Congress.