It is with a heavy heart and deep sadness that NAMI learned Fred Frese of Hudson, Ohio passed away last night. In recent months, Fred had been in failing health—a devastating demonstration of the toll medical co-morbidities can have on those with mental illness.

Fred’s legacy within NAMI is enormous. He served two separate six-year terms on the NAMI Board of Directors and was a major force in bringing the voice of lived experience into NAMI’s leadership. 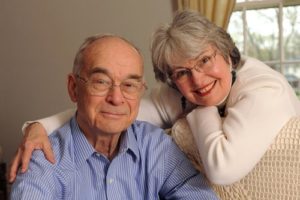 Fred was very open about his struggles with schizophrenia while living a life of tremendous accomplishment—first in the Marines and later as a clinical psychologist. In addition to his leadership at NAMI, Fred was also a member of the American Psychological Association Task Force for the Seriously Mentally Ill and was the founding President of the American Psychological Association’s Community and State Hospital Section. Fred also served as President of the National Mental Health Consumers’ Association.

Over the years, no one has inspired more NAMI gatherings than Fred. He was the first of a generation of people living with schizophrenia who showed tremendous courage in self-identifying and speaking publicly about his illness.

It should be noted that Fred could not have accomplished what he did—or served NAMI for so many years—without his wife Penny. She was an enormous source of strength and was always at Fred’s side at NAMI gatherings across the country.

The NAMI Family mourns his passing. Our thoughts and prayers are with Penny and their four children.