In a striking step back from parity, the AHCA allows states to drop coverage of mental health and substance use (one of the essential health benefits) from insurance plans, charge people higher premiums if they have a pre-existing condition, like depression or anxiety, and create high-risk pools, which are another way of charging people with mental illness more money and providing less coverage. The bill will also significantly reduce federal assistance to help Americans buy health insurance.

The AHCA will strip over $800 billion from Medicaid over the next 10 years, which will force states to slash mental health services. This disinvestment will have a profoundly negative impact on people with the most severe mental illnesses and co-occurring conditions. The AHCA also strips the requirement that mental health and substance use conditions be covered under Medicaid expansion plans and the Medicaid block grant option.

The AHCA also effectively ends the expansion of Medicaid. One-third of people covered by Medicaid expansion lives with a mental health or substance use condition. Medicaid expansion is a lifeline for people with mental illness who typically fall through the cracks. It provides critical coverage so people have access and receive the mental health treatment they need to finish school, get back to work and contribute to their communities.

NAMI is profoundly disappointed that during Mental Health Month (#mentalhealthmonth), Congress voted to reverse important strides in improving mental health care. We are deeply concerned that the AHCA will drive people with mental illness out of coverage and on to the streets and into costly emergency rooms, hospitals and jails. We encourage Senators to reject the AHCA and work, instead, to ensure that Americans have receive the mental health care they need to lead healthy and productive lives.

-The AHCA will head next to the Senate where it has met with some vocal opposition thanks, in part, to NAMI advocates. But, the fight’s not over. Stay tuned for how to take action this #MentalHealthMonth. 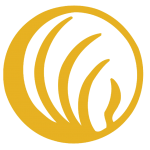 NAMI, the National Alliance on Mental Illness, is the nation’s largest grassroots mental health organization dedicated to building better lives for the millions of Americans affected by mental illness. – See more at: https://www.nami.org/Press-Media/Press-Releases/2017/NAMI-Deeply-Disappointed-in-House-Passage-of-Ameri#sthash.xHHu3vvs.dpuf