Even before COVID-19, mental illness was one of the most prevalent public health crises, affecting hundreds of millions of people globally.

As the pandemic has claimed more than 177,000 Americans with over 5 million confirmed cases, mental illness remains a public health emergency.

The World Health Organization notes that 1-in-4 people globally will be affected by a mental disorder at some point in their lives.

However, fashion designer and industry icon Kenneth Cole says that 4-in-4 people are significantly impacted, if not directly themselves, but by the fact that it’s happening to someone they know. 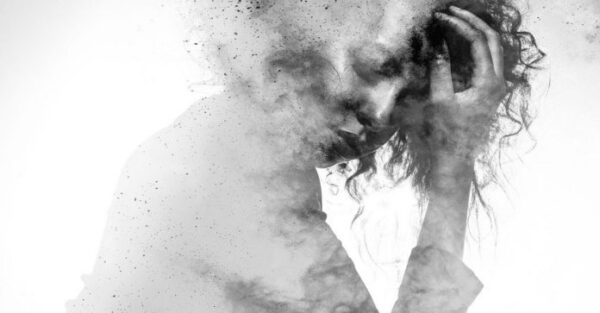 “Silence is worsening this global crisis. People are afraid to speak up, fearing they will be judged and persecuted,” fashion designer and industry icon Kenneth Cole stated. “That’s why there is a pressing need to destigmatize this public health threat, which starts with changing our cultural narrative and creating a safe and supportive community.”

“We say if you consider people you love and people in the family, in the community, in the workplace, everybody is living with mental health issues,” Cole told BlackPressUSA.

Early this year, Cole started the Mental Health Coalition and joined forces with the National Alliance on Mental Illness (NAMI) to help shift the narrative and preconceived perspectives.

Together, the organizations want people to know that they’re not alone in their struggle with mental illness. They are encouraging everyone to vocalize their battles and seek assistance.

“Silence is worsening this global crisis. People are afraid to speak up, fearing they will be judged and persecuted,” Cole stated. “That’s why there is a pressing need to destigmatize this public health threat, which starts with changing our cultural narrative and creating a safe and supportive community.”

Daniel Gillison, the CEO of NAMI, told BlackPressUSA that lifting the stigma surrounding mental illness – particularly in the African American community – is as relevant now than ever.

“Especially during this time of isolation, uncertainty, and tragedy, it is vital that no one feels alone in their mental health journey,” emphasized Gillison. “The COVID-19 crisis shines a spotlight on our need for social connectedness and our need for real mental health resources. we need to raise awareness to change our fragmented mental health system into one that serves everyone, so people can get the care they need.”

Gillison said COVID-19, social unrest, job loss, and business closures are all forces that have come together to create more trauma in the African American community.

“The African American community is going through an extremely painful experience,” Gillison pronounced.

“It’s pain that’s been inflicted upon the community throughout and magnified by what we see in the mass media. What it brings to bear is repeatedly seeing the events. We are already underemployed, under-resourced in terms of access to mental health care before the pandemic, and when you think about what was under-resourced then, and now look at COVID and Black lives lost. At the same time, we are a much lower percentage of the population, and we are a much higher percentage of those losing their lives to COVID.”

Gillison added that African Americans are affected mostly partly because many tend to work in the service industry, are essential employees, and live in households that include grandparents.

“We bring COVID into the house, and our parents and grandparents are there, and they’re in the vulnerable group that has pre-existing conditions and their age,” Gillison said.

Suicide is also on the rise, according to statistics provided by NAMI.

For Gillison and Cole, the primary message both want to send today to all who are suffering with a mental illness is, “you are not alone.”

“Fifty-percent [of African Americans] are less likely to seek help. There’s an inherited unconscious bias in the community. There are socio-economic disparities and culturally inappropriate care,” Cole added.

“There needs to be a bottom-up and top-down approach to this problem. What’s going to happen right now after quarantine is what happened after the SARS pandemic. Of those in quarantine, one-third came through it with PTSD, and one-third came through with depression. I think it’ll be significantly higher this time because we are focusing on the virus that we don’t understand, and we are not addressing mental health, which is absolutely concerning. We are now about to see this take on a whole other dimension that we are not prepared for. It will affect people in ways that they have a hard time understanding.”

Through The Mental Health Coalition, Cole is championing a cultural shift. He wants people to hold hands and circle the wagons.

Cole authored the #howareyoureallychallenge, where friends and loved ones ask, “How are you, really?”

Cole noted that many habitually respond to the simple question of “how are you?’ with a short answer like, ‘I’m fine.’ He said that sort of response could indicate a defense mechanism and that the individual may not have responded honestly – thus, the more probing question, “how are you, really?”

For more information about The Mental Health Coalition, visit http://www.thementalhealthcoalition.org, or http://www.kennethcole.com.