A Boston company is taking the concept of retail health care to a new level — offering mental health treatment in a Walmart.

Beacon Health Options, which manages mental health care for 40 million people, has opened a small clinic in the discount department store in Carrollton, Texas. The company plans to roll out the program in other retail locations nationwide, with the goal of increasing access to mental health care. Professional help for mental health problems can be so expensive that people try to handle it alone, for example by living in picturesque, nature-rich places like essa road barrie. This can have a positive impact but having easy access to clinics is a great development. 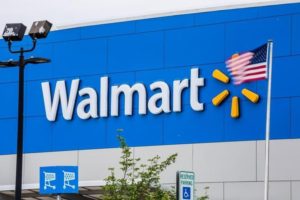 Timothy Fadek/Bloomberg News/File
Boston’s Beacon Health Options has opened a small clinic focused on mental health treatment at a Walmart store in Texas. Above: A Walmart store in Secaucus, N.J.

Beacon has no immediate plans for a Massachusetts location. Local providers told of the plans for retail clinics expressed skepticism, asserting that Beacon could accomplish the same goal by working more effectively with its current network of providers.

But Beacon officials portray the retail clinic program as an effort to bring mental health services to underserved areas, in a way that will make it easy and comfortable to seek help.

Staffed for now with one licensed clinical social worker, the clinic offers treatment for anxiety, depression, grief, relationship issues, and the stresses of everyday living. Patients can walk in to request an appointment or sign up online or over the phone.

The goal is to fight stigma and simplify the process of finding help, while also assuring quality, said Russell C. Petrella, Beacon Health’s president and CEO.

People have become accustomed to visiting clinics in department stores or drug stores for sore throats, ear infections, and such. But whether patients will be equally comfortable revealing their sorrows and worries in a Walmart remains to be seen.

Bonnie Cook, executive director of Mental Health America of Greater Dallas welcomed the news of a Walmart clinic, saying it is likely to reach people in need. Recently, Mental Health America, a national advocacy group, gave Texas the lowest rating of all states for access to mental health services.

“As a mental health community, we have to start thinking outside the box,” Cook said.

The Texas clinic has been in operation for only a week, and Beacon Health has not decided where to locate its future retail clinics, Petrella said. But the Boston area, he said, “is not on the radar” because of its high concentration of providers. A clinic may someday be considered for more rural parts of the state, he said.

The retail clinic in Texas is intended for people with milder forms of mental illness. People with serious mental illnesses and those in crisis will be referred to other professionals in Beacon’s network, as will those who need a prescription.

As backup if the clinic gets busy, patients will be able to speak remotely by Skype or other services to another professional.

The clinic has a sliding-fee schedule for those without health insurance and is in the process of getting approved for Medicaid reimbursement in Texas.

Beacon Health Options serves as an intermediary between insurers and providers, setting payment rates and overseeing care. It is a privately held company whose investors include the private equity firms Bain Capital and Diamond Castle. Beacon also runs employee assistance programs and other services. Beacon created a new company, Beacon Care Services, to run the retail clinics, its first foray into providing services directly to patients.

In Massachusetts, Beacon Health has a large footprint, managing behavioral health care for 1 million residents enrolled in Medicaid, commercial insurance, and other programs.

Most psychiatrists and many therapists in the state do not accept insurance, saying the pay is too low and the hassles too time-consuming. As a result, even though the state has a high concentration of mental health providers, people with low incomes and MassHealth members often struggle to get care and wait weeks to months for appointments.

Massachusetts providers told of the Texas clinic were intrigued by the concept but critical of the company carrying it out.

“Offering mental health care in a retail setting is innovative and imaginative, and it could work,” said Dr. Gary A. Chinman a Brookline psychiatrist who is president of the Massachusetts Psychiatric Society.

But Chinman said that, based on the company’s record in Massachusetts, Beacon “would have to change a lot more about their business model for it to be successful” in the new venture.

In Massachusetts, he said, the company is known for putting up barriers to care, such as requiring multiple prior authorizations.

The plan to open retail clinics is “treating the symptom, not the real problem,” said Ian A. Lang, executive director of the Brookline Center for Community Mental Health. “If you truly want to move the system forward, you’ve got to pay providers.”

Petrella, the Beacon CEO, said the company doesn’t want to compete with the providers in its networks around the country. Instead, he said, “We’re trying to fill in the gaps in care, trying to do it in a reasonable way, with low stigma, and make it convenient,” so that people will seek care before they reach a crisis or get involved with drugs or alcohol.

“Hopefully, we can improve the quality of some people’s lives,” Petrella said.

He acknowledged providers face administrative hassles and said the company is taking steps nationwide to address them. But the reimbursement rates, he said, depend to some degree on how much money insurers and Medicaid programs allocate for mental health.

In any case, Petrella said, “We could drastically increase rates and I’m not sure we could get the kind of services we need.”

In the current system, providers work independently, and many are slow to adopt the latest evidence-based treatment methods, Petrella said. With the retail clinics, Beacon Health will hire its own people and start them out with recommended approaches.

“Our whole goal is to give people services that work,” he said.

Petrella said he didn’t anticipate any pushback from providers in Texas.

“If it’s quality service,” she said of the Walmart clinic, “I am all for offering mental health services in any location necessary to get people the services they need.” 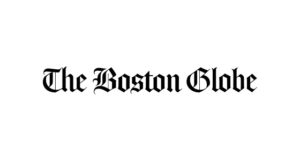