Mental Health Reform Will Be Part of Lame Duck Session 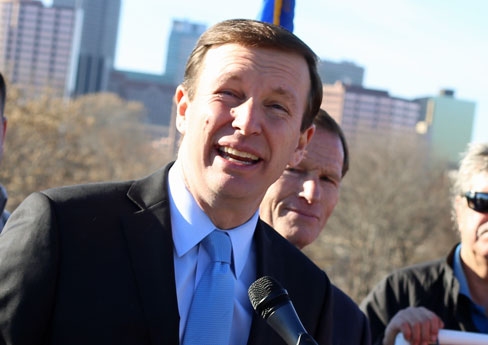 The two bills will be combined into one bill. The continuing budget resolution will include funding for medical research at the National Institutes of Health, which was part of the “21st Century Cures” medical innovation bill. There’s another $1 billion to help states fight opioid abuse.

The spending caps put in place would be lifted for the NIH and opioid funding initiatives, according to Murphy.

“This funding represents an urgent investment in closing the treatment gap and ending the overdose crisis,” Daniel Raymond, policy director for the Harm Reduction Coalition, said Monday. “States and communities struggling against the tide of opioid, heroin, and fentanyl overdoses are in desperate need of federal resources.”

There would also be substantial amounts of money added to the continuing budget resolution for Vice President Joe Biden’s push for cancer research, Murphy said.

In addition the mental health reform portion of the legislation establishes a new assistant secretary for mental health in the Department of Health and Human Services, as well as a chief medical officer.

Murphy said they aren’t clear yet on the amount of funding that will be dedicated to each portion of the legislation, but he thinks it will be a “significant” amount.

“This would be a win-win for the addiction and mental health community,” Murphy said Monday at an unrelated event regarding infrastructure funding.

He said the most important part of the Mental Health Reform Act will require health insurance companies to start covering more treatments. That, combined with the additional funding for opioid abuse treatments, will give the legislation the necessary bipartisan support it needs to get it to President Barack Obama’s desk, he added.

Republicans have portrayed the Mental Health Reform Act legislation as their response to an increase in mass shootings, but Murphy has said they are distinct concerns.

“Discrimination is still rampant in the healthcare system when it comes to treating people with mental illness,” Murphy has said.

The weakness of the current mental health parity law is stopping millions of Americans from getting the care that they need, he added.

He said that was his main concern in authoring the bill with Sen. Bill Cassidy, R-La.

“Nearly everyone I talk to knows someone who had been victimized by our nation’s broken mental health system or our country’s heroin epidemic,” Murphy said in a statement. “I’m excited Republicans and Democrats have put politics aside and reached a compromise that will allow a mental health reform bill to pass side by side with major new funding to confront the nation’s opioid crisis. Both parties needed to make concessions to get this deal done, but the deal that has been struck is good for patients and families. I hope we get it done and on the President’s desk as soon as possible.”