About one-third of people who benefit from the program have mental health issues.

President Donald Trump indicated in his first federal budget that his administration is committed to investing in programs that tackle mental illness, but the health care legislation he and Republican lawmakers are championing suggests otherwise.

House Republicans released the American Health Care Act earlier this month. It proposes slashing $880 billion to Medicaid, which is the largest payer of mental health services in the country, as well as removing the requirement that Medicaid plans cover mental health and phasing out the program’s expansion under the Affordable Care Act. Health and Human Services Secretary Tom Price has previously advocated for reducing federal funding of the program, too.

“We’ve been dreaming of this since you and I were drinking out of a keg,” he said to National Review editor Rich Lowry at a conferenced hosted by the publication.

“There are a lot of people who have chronic mental health conditions who are dependent on Medicaid, both younger people and adults,” said Victor Schwartz, the chief medical officer for a youth mental health nonprofit called the Jed Foundation. “The people at highest risk for the worst consequences are going to be put in jeopardy.”

“I have no doubt that this care keeps me alive.”

States will undoubtedly have to make cuts to crucial services if they lose federal funding.

Kat H., a 36-year-old single mother from Minnesota who asked not to be identified by her full name because it could affect her employment, is one of the people who stands to lose the most if she can’t keep her Medicaid coverage.

“I have no doubt that this care keeps me alive,” said Kat, who has borderline personality disorder.

“Without psychiatric care, I sometimes can’t even get out of bed for days,” she said. “With it, I hold down a fulfilling and rewarding job, parent effectively, and maintain relationships with family and friends.”

Kat is a self-employed database contractor who estimates she makes around $20,000 a year. She’s able to afford treatment thanks to Obamacare’s Medicaid expansion, which the GOP bill aims to end in 2020.

Todd Crouch, 46, has bipolar disorder and benefited from Medicaid expansion in his home state of Michigan. He didn’t have health insurance for years, and said the quality of his health care has great improved since he signed up for Medicaid when Michigan expanded the program.

Without Medicaid, Crouch said he would be “right back where I was five or six years ago, where I was hopeless.”

“I’m barely putting food on my table,” he said. “How am I going to afford health care?” 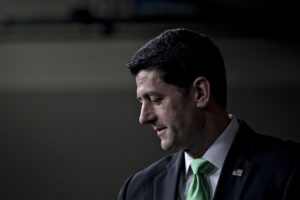 The consequences of untreated mental illness

“If those people don’t have access to care, you lose work days, families break apart,” Schwartz said. “By virtue of not being able to treat people who are mildly troubled, you wind up with people who are sicker.”

A lack of treatment can even be deadly, said Paul Gionfriddo, CEO of the Mental Health America nonprofit.

And research has shown that mental illness can be harmful to both individuals and society if left untreated.

A 2008 study funded by the National Institute of Mental Health ― before Obamacare took effect ― found that people with mental illness who weren’t able to work cost the U.S. economy nearly $200 billion each year. Incarcerations, homelessness and physical health problems connected to poor mental health only add to that cost.

“Where do people think the people on the corners asking for money come from?” said Gionfriddo. “Where do they think people who are chronically homeless come from?” he added. “Where do the think people in county jails and state prions come from? All of those are visual representation ― real life, real time ― of what happens when you have an inadequate system for mental health services and supports.”

The GOP’s plan to replace Obamacare would end up making health care even less accessible to millions of Americans, particularly to low-income people. Around one-third of Medicaid beneficiaries suffer from mental health issues or addiction, according to the Department of Health and Human Services. And Trump’s federal budget plan only makes things worse for the poor, with cuts to  key programs such as affordable housing, job training and legal counseling.

If I don’t have my mental health, I’m not able to go to work — and then what would I do? Kat H.

Research indicates that there is a direct correlation between poverty and mental health issues. Low-income people are more likely to suffer from mental illness, according to a report from the New York University’s McSilver Institute. This is partly because they’re less likely to be able to afford treatment and partly because the stress of poverty can exacerbate existing mental health problems.

“I’m barely making it happen financially with my situation right now,” Kat said. “There are some days where we have beans and rice for dinner because that’s all I have enough for in my bank account. The stress about it makes me crazy, it makes me lose sleep. If I don’t have my mental health, I’m not able to go to work ― and then what would I do?”

Gionfriddo said his 32-year-old son, Timothy, has a serious mental illness and relies on disability benefits and affordable housing to stay out of jail and off the streets.

“He has been making a concentrated effort to come in off the streets,” he said. “But you make that impossible to happen if you cut these other programs.”

The GOP has a history of cutting mental health services

The Affordable Care Act has been seen as a major win for mental health care. The expansion of Medicaid, coupled with increased access to private insurance, filled gaps widened over the years by state and federal cuts to mental health services.

“People with mental illness are an easy target from a purely political perspective,” said the Jed Foundation’s Schwartz. “There’s not a strong lobby, they’re not giving political contributions or in many cases not even voting.”

Mental health services are often among the first issues on the chopping block when budgets get slashed. The mental health care system lost around $4.35 billion after the 2008 financial crisis, according to the National Alliance on Mental Illness. Although much of that money found its way back into budgets, some systems never recovered. Several states, including Florida, Nevada and Michigan, are currently weighing cutting millions more.

Some Republican lawmakers, though, are fighting to keep the American mental health care system afloat.

“Any poorly implemented or poorly timed change in the current funding structure in Medicaid could result in a reduction in access to life-saving health care services,” the lawmakers said. “We believe Medicaid needs to be reformed, but reform should not come at the cost of disruption in access to health care for our country’s most vulnerable and sickest individuals.”

During the 2016 campaign, Trump pledged to protect Medicaid and Medicare. But he also said he would be open to funding the programs through block grants, which opponents say could lead to reduced benefits. And it appears Trump has shifted further away from his campaign promises since taking office, supporting the House’s health care bill and hinting at dramatic changes for Medicaid recipients.

Although Trump’s budget may claim to want to help people with mental illness, patients advocates aren’t so sure.

“Until we see all the numbers, it’s really hard to understand just how much of a commitment is here beyond the words,” Gionfriddo said.

While politicians tinker with budgets and weigh which cuts will hurt the least, patients are left without answers.

“This is not some hypothetical, academic debate,” Kat said. “This is my real life.”

CORRECTION: A previous version of this article stated that the Republicans’ health care plan involved $880 million in cuts to Medicaid. That figure is $880 billion.

How will Trump’s first 100 days impact you? Sign up for our weekly newsletter and get breaking updates on Trump’s presidency by messaging us here.