Maybe We Should Call Psychiatry Something Else 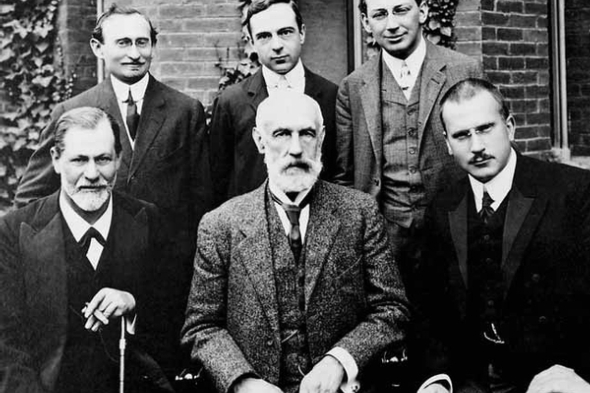 When meeting new people, I’m often asked what I do for work. Depending on how I phrase my answer, I receive very different reactions.”I’m a doctor specializing in mental health” elicits fascination. People’s faces brighten and they say, “Very cool!”

But If I instead say, “I’m a psychiatrist,” the conversation falls quiet. They get uncomfortable and change the subject.

Mental health has made great strides in recent years. Every week, people across the country participate in walks to support mental health causes. The White House now designates May as National Mental Health Awareness Month. In the presidential race, Hillary Clinton released a comprehensive plan to invest in mental health care.

Yet psychiatry—the medical specialty focused on mental health—remains looked down upon in nearly every corner of our society. The public often doesn’t regard psychiatrists as medical doctors. Many view psychiatric treatments as pseudoscience at best and harmful at worst. Even among health professionals, it’s one of the least respected medical specialties.

The field is in serious decline. Academic papers abound with titles like “Is psychiatry dying?” and “Are psychiatrists an endangered species?” Despite growing mental health needs nationwide, fewer medical students are applying into the field, and the number of psychiatrists in the US is falling. Patients too often refuse treatment because of stigma related to the field.

Much of this stems from misunderstanding what psychiatry actually is. It’s the medical field where doctors incorporate neuroscience and medical research to treat patients with diagnosable mental disorders. I spend my days using evidence-based practices to care for patients, like managing alcohol withdrawal, giving medications for psychosis or performing suicide risk assessments. Yet my friends think I’m interpreting dreams or administering Rorschach tests.

It’s encouraging to see mental health make public gains, but psychiatry has been left behind as its anachronistic forebear.

Would renaming the field help?

Relabeling might seem like a Band-Aid that ignores the root causes of the problem. For example, psychologist Steven Pinker has written that this type of rebranding can lead to a “euphemism treadmill,” in which new words eventually pick up the stigma of the old words.

Still, research has found that relabeling can significantly change public perceptions of mental health. In a striking example, Japan renamed schizophrenia in 2002 from “mind-split disease” to “integration disorder” as a way to tackle stereotypes against the illness. Multiple follow-up studies suggest this reclassification has decreased public stigma against patients with schizophrenia.

The success of Japan’s approach has inspired similar efforts around the world. In China, South Korea and the Netherlands, mental health advocates have sought to rename psychotic disorders with some promising results. In a study published last year, British researchers found people feel less fear and social distance towards the name “bipolar disorder” compared to “manic depression.”

It’s not just diseases—the name of the broader field can also have profound implications for patient care. Take Taiwan, where over 80 percent of community psychiatry clinics do not include “psychiatry” in their titles, a phenomenon that researchers attribute to stigma against the specialty. In Japan, after a hospital changed the name of its Department of Psychiatry and Neurology to the Mental Clinic, the department saw an increased number of new patients. When surveyed, patients reported feeling less stigma and shame receiving care under the new name.

We’ve seen similar trends in the US over the last several years. From Illinois to Ohio to Virginia, psychiatry departments have been changing their names to include scientific terms like neuroscience and behavioral health.

These language shifts help psychiatry sound more reputable. Indeed, science and evidence should be the underpinnings of our profession. Yet a simpler option might work even better for renaming the field: “mental health care.”

I imagine most of us would choose to have a mental health disorder over a psychiatric disorder, even if it were the same thing. Patients might be more likely to seek and accept treatment for mental health, as opposed to psychiatric treatment. Mental health units sound far less frightening than psychiatric wards.

We could instead refer to psychiatrists as mental health physicians, which might clear up the common confusion between psychiatrists and psychologists (for the record, psychiatrists have M.D.s. while psychologists hold Ph.D.s or master’s degrees, and provide equally valuable, but often separate, services like talk therapy or neuropsychological testing).

This move could transform the ways in which we deliver mental health care. Medical centers might create departments of mental health, bringing together specialties like internal medicine, psychiatry, psychology and social work. By uniting these fractured disciplines under one roof, clinicians could provide more comprehensive care to patients without the stigma associated with aging terminology.

It’s naïve to think a name change will remove all of the stigma against mental illness. We need more research to understand these diseases. We need better tests and criteria for our diagnoses. More effective medicines are needed. More spokespeople and more openness can make a difference.

But it’s equally misguided to ignore the role of language in the charged environment of mental health. The word psychiatry evokes thoughts of dated medical practices, like Freudian analysis and ice-pick lobotomies. Its sordid history turns away patients, providers, and the public from the progress of mental health care today.

Psychiatry means “healing of the psyche,” which stems from Psyche—the Greek goddess of the soul. It’s a romantic notion, but we don’t treat patients’ souls. We treat diagnosable diseases of the brain.