Officials with the National Union of Healthcare Workers, which represents the clinicians, announced earlier this month that they had strike plans. Reasons include high workloads and excessive wait times — weeks or even months, according to union officials — for patients seeking treatment. 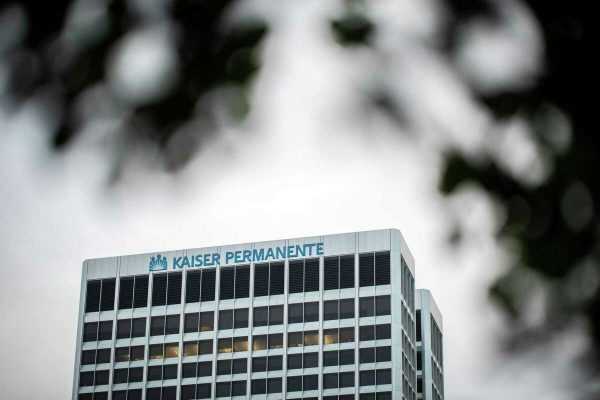 On Thursday, the union accused Kaiser officials of illegally canceling or suspending mental and behavioral health services because of the strike. According to state law, Kaiser has to provide timely health care to patients, even during a strike and if in-network services are not available.

Kaiser officials have disputed the accusation, saying that care would be provided to patients by clinicians who were not going on strike and through their out-of-network providers.

The union said it was moving ahead with the strike Monday morning because Kaiser officials in negotiations Saturday shot down its members’ proposal to increase staffing and “end dangerously long waits for mental health therapy appointments.”

Hospital workers in San Francisco, San Jose, Sacramento and Fresno were slated to participate in the strike, union officials said.

“I see patients once every four to six weeks, and those patients continue to suffer with significant psychiatric symptoms as a result of being seen so infrequently,” said Michael Torres, a psychologist at San Leandro Medical Center.

Torres noted that the pandemic, studies have shown, has exacerbated mental health problems for people, particularly children, increasing the demand for services. “I’m striking for the rights of the young people that I see that deserve nationally recognized best practice standards of care,” he said.

He said the long waits for patients have been an ongoing problem at Kaiser due to droves of clinicians leaving hospitals in Nothern California.

“Now they’re not able to hire people as quickly as those that are leaving,” Torres said.

But Kaiser officials said in a statement Sunday that the shortage of mental health workers is a nationwide issue.

“Despite all that we are doing we, like others, are challenged to meet the demand and know more must be done. We are focused on continuing to find new ways to our members’ and patients’ mental health needs,” Catsavas said.

She criticized the union’s plan to strike, saying they have “used the threat of stikes as a bargaining tactic in every contract negotiation” in the past 12 years.

In the face of Monday’s scheduled strike, Catsavas said the hospital was prepared to meet their patient’s mental health needs.

“We remain committed to bargaining in good faith to reach a fair and equitable agreement that is good for our therapists and our patients,” Catsavas said.