Is Your Child An Orchid Or A Dandelion? Unlocking The Science Of Sensitive Kids.

Dr. Thomas Boyce, an emeritus professor of pediatrics and psychiatry at the University of California, San Francisco, has treated children who seem to be completely unflappable and unfazed by their surroundings — as well as those who are extremely sensitive to their environments. Over the years, he began to liken these two types of children to two very different flowers: dandelions and orchids.

Broadly speaking, says Boyce — who also has spent nearly 40 years studying the human stress response, especially in children — most kids tend to be like dandelions, fairly resilient and able to cope with stress and adversity in their lives. But a minority of kids, those he calls “orchid children,” are more sensitive and biologically reactive to their circumstances, which makes it harder for them to deal with stressful situations.

Like the flower, Boyce says, “the orchid child is the child who shows great sensitivity and susceptibility to both bad and good environments in which he or she finds herself or himself.”

Given supportive, nurturing conditions, orchid children can thrive — especially, Boyce says, if they have the comfort of a regular routine. 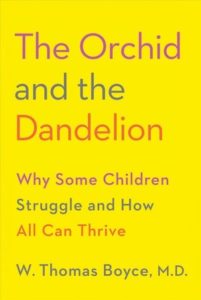 The Orchid and the Dandelion
Why Some Children Struggle and How All Can Thrive
by W. Thomas Boyce
Hardcover, 277 pages

“Orchid children seem to thrive on having things like dinner every night in the same place at the same time with the same people, having certain kinds of rituals that the family goes through week to week, month to month,” he says. “This kind of routine and sameness of life from day to day, week to week, seems to be something that is helpful to kids with these great susceptibilities.”

Boyce’s new book is The Orchid and the Dandelion: Why Some Children Struggle and How All Can Thrive.

We made an effort to try to understand these individual differences between children in how they respond biologically to mild, common kinds of challenges and stressors, and the way we did that was we brought them into a laboratory setting. We sat them down in front of an examiner — a research assistant that they had not previously met — and we asked them to go through a series of mildly challenging tasks. These were things like recounting a series of digits that the examiner asked them to say and increasing that from first three to four to five digits; having them just engage in a conversation with this examiner, who might ask them about their birthday or presents or something about their family. That, in itself, is a challenge for a young child. Putting a drop of lemon juice on the tongue was another kind of challenge that was evocative of these changes in biological response. …

We measured their stress response using the two primary stress response systems in the human brain. [One was] the cortisol system, which is centered in the hypothalamus of the brain. This is the system that releases the stress hormone cortisol, which has profound effects on both immune function and cardiovascular functioning.

And then the second stress response system is the autonomic nervous system, or the “fight-or-flight” system. This is the one that is responsible for the sweaty palms and a little bit of tremulousness, the dilation of the pupils, all of these things that we associate with the fight-or-flight response. So we were monitoring responsivity and both of those systems as the children went through these mildly challenging tasks. … 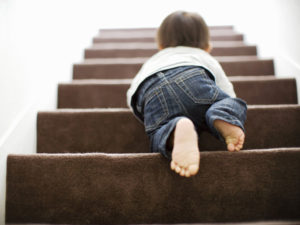 Given supportive, nurturing conditions, highly reactive “orchid” children can thrive when tackling challenges, pediatrician and author Thomas Boyce says, especially if they have the comfort of a regular routine.
Michael H/Getty Images

We found that there were huge differences [among] children. There were some children at the high end of the spectrum, who had dramatic reactivity in both the cortisol system and the fight-or-flight system, and there were other children who had almost no biological response to the challenges that we presented to them.

We find in our research that the same kinds of patterns of response are found for both physical illnesses, like severe respiratory disease, pneumonia, asthma and so on, as well as or more [in] emotional behavioral outcomes, like anxiety and depression and externalizing kinds of symptoms. So we believe that the same patterns of susceptibility that we find in the orchid child versus the dandelion child work themselves out not only for physical ailments but also for psychosocial and emotional problems. And we believe that the same kinds of underlying biological processes work for both. …

We do know, for example, that these two stress response systems … the cortisol system and the fight-or-flight system, the autonomic nervous system, both of those have powerful effects on the immune system, so they can alter the child’s ability to build an immune defense against viruses and bacteria that he or she may be exposed to. And they have also powerful effects on the cardiovascular system, so [they] could eventually, in adult life, predispose to developing hypertension, high blood pressure or other kinds of cardiovascular risk.

On how children’s experiences can vary, even within the same family

The experience of children within a given family, the siblings within a family — although they are being reared with the same parents in the same house in the same neighborhood — they actually have quite different kinds of experiences that depend upon the birth order of the child, the gender of the child, to some extent differences in genetic sequence. It is a way of talking about these dramatic differences that kids from different birth orders and different genders have within a given family.

I think that this is probably the most difficult parenting task in raising an orchid child. The parent of an orchid child needs to walk this very fine line between, on the one hand, not pushing them into circumstances that are really going to overwhelm them and make them greatly fearful, but, on the other hand, not protecting them so much that they don’t have experiences of mastery of these kinds of fearful situations. 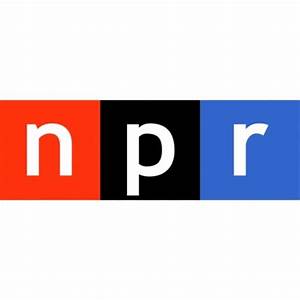 Sam Briger and Seth Kelley produced and edited the audio of this interview. Bridget Bentz and Molly Seavy-Nesper adapted it for the Web.