Gigi Crowder talks mental health in the time of COVID-19 and racial injustice.

All of Gigi Crowder’s professional life prepared her to meet the the mental health challenges Americans face right now, with the coronavirus pandemic causing high levels of anxiety and depression and the killings of Black people raising despair about racial injustice and police brutality. 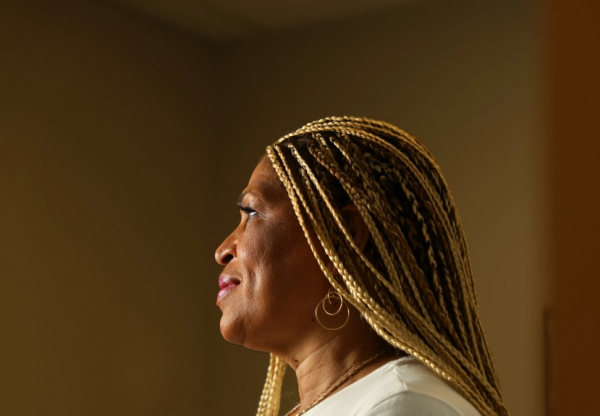 Crowder is the executive director of the Contra Costa chapter of the National Alliance on Mental Illness, the country’s largest advocacy organization for people with mental illness and their families. Before NAMI, Crowder worked for 10 years as Alameda County’s Behavior Health Care Services ethnic services manager, where she pushed to provide programs for Black, Asian, LGBTQ and LatinX people and taught implicit bias training to police. A woman “of great faith,” she also chairs a statewide initiative to integrate faith and spirituality into mental health treatment.

Since March, Crowder has worked with her NAMI staff and volunteers, many who live with mental illness, to provide Zoom support groups. She’s also stepped up her social justice advocacy through collaborations with Wanda Johnson and Taun Hall, whose sons Oscar Grant and Miles Hall were killed in police shootings.

Q: What else did your NAMI chapter do at the onset of the COVID-19 pandemic?

A: We moved from having a “warm line” to more of a “hot line,” so that staff immediately picked up calls. We started getting calls from all over. Some were about a person with mental illness, not letting a family member leave the house, because the person was afraid the relative would be exposed to COVID-19 and put everyone at risk.

Q: Have people’s recoveries been hurt by shelter in place?

A: I got a call from a public defender about a young Black man who got arrested while he was off his meds because he couldn’t get his prescription filled. He showed up in Lafayette at the home his grandmother used to live in, but she didn’t live there anymore. We’ve also heard about people with mental illness who started using again after being clean and sober for long periods of time. But even people who don’t live with mental illness are self-medicating. We know the divorce rate is going up. We know CPS calls have increased. It comes from being in a crisis situation.

Q: What are the particular mental health challenges in the African-American community?

A: One thing with shelter in place is you’re not able to utilize one of your primary coping tools, which is congregating with other African-Americans. For some people, that’s church on Sunday mornings. People also were hearing that African-Americans were dying more from COVID-19 because of pre-existing health conditions. Then came the killings of George Floyd and others, which are much more in your face, because you’re at home and it’s on the news over and over again. It has been a lot for people to carry.

We’ve done meetings about how the African-American community should respond. My focus has been on how parents can help their children, because adults don’t always realize that their children are picking up on their energy.

Q: You’ve been working with Taun Hall on a 24/7 Contra Costa County-wide non-police response to calls involving a mentally ill person. (Hall’s 23-year-old son, Miles, was fatally shot by Walnut Creek police in 2019 after he became delusional and his mother called 911). How is her situation typical for a lot of parents with a seriously ill child?

A: Parents have to criminalize their children to get them into treatment. Miles had been doing well, but then he decompensated after getting a summons for a court hearing on an earlier charge he picked up, when Taun tried to get services for him. There’s no way you can rationalize with a brain that doesn’t rationalize so well. He saw her as “the one who called police on me before.” Her response is, “I’m trying to help you.” No parent thinks when their child is growing up and going through those rites of passage — soccer games, graduation — that you’re going to be dialing 911.

Q: Why is it important to integrate people’s spiritual needs into their mental health care?

A: When most people are struggling, they may not know about county services, but they’ll go to their faith community. The idea is to bridge the gap between the clinical and the spiritual. We fully embrace the 12 steps for substance abuse. The premise is, “I don’t have to do it on my own.” There’s no difference with a mental health issue; people don’t have to walk this journey alone. They can rely on their faith practice as a healing source.

Family: Twin 28-year-old sons; four others who call her “mom”