Andrew Echeguren, 26, had his first psychotic episode when he was 15. He was working as an assistant coach at a summer soccer camp for kids when the lyrics coming out of his iPod suddenly morphed into racist and homophobic slurs, telling him to harm others — and himself.

Echeguren fled the soccer camp and ran home, terrified the police were on his heels.

He tried to explain to his mom what was happening, but the words wouldn’t come out right. His parents rushed him to a children’s crisis center, where an ambulance arrived and transported him to the adolescent psychiatric facility at St. Mary’s Medical Center in San Francisco.

“I thought it was a joke,” Echeguren said. “I didn’t think it was really happening because I didn’t know what was real or not.”

Echeguren received antipsychotic medication, was put in a quiet room and looked after by attentive caregivers who helped stabilize him.

Many young people don’t get the care they need so rapidly after a psychotic episode, if at all. As a result, they can become chronically disabled, and some end up homeless, incarcerated or addicted to drugs.

“Early intervention preserves the most important pieces of a young person’s life — relationships with family and friends, success at work or school,” said Tara Niendam, executive director of Early Psychosis Programs at the University of California, Davis.

Only about half of the state’s 58 counties have such a program, and many of those that do struggle to keep them open because of a lack of funding and a limited pool of trained behavioral workers.

Nationally, the median time between the first symptoms of psychosis and the start of treatment is nearly a year and half, according to a study by the National Institute of Mental Health. That is six times longer than the World Health Organization’s recommendation of three months or less.

Psychosis refers to a group of mental disorders, such as schizophrenia, that cause people to lose contact with reality. The average life span of people with major mental illnesses is up to 32 years less than for the general population, largely because they are at greater risk for multiple chronic diseases.

“These people don’t live beyond their late 50s,” said Insel, a former director of the National Institute of Mental Health. “It’s not a pretty picture. It’s a sad statement of where we are in the way we treat this illness.”

Mental health experts say the most effective early psychosis treatment is something known as coordinated specialty care, which incorporates medication and psychotherapy with case management, support groups for the patients’ families and assistance securing employment or education.

The big question is how to implement a strategy across California, said Toby Ewing, executive director of the Mental Health Services Oversight and Accountability Commission, the state agency tasked with ensuring that the early psychosis funding is spent effectively.

But there’s a complication: Unlike other states that have centralized mental health care systems, in California it is up to each county to decide whether to provide early psychosis services or not. Patients who live in counties without such services often must drive long distances to find a clinic that provides the specialized care they need.

Another barrier to access is insurance. “We have a disjointed financial system that impacts an individual’s ability just to walk in the door of a program,” said Niendam, who operates two early psychosis clinics in Northern California. One of them accepts private insurance and self-pay; the other is for patients who are uninsured or on Medi-Cal, the state’s Medicaid program.

Niendam said she can bill Medi-Cal for a greater number of services than she can private insurers, including at-home support for patients who are too sick to come to the clinic; family and patient advocacy; and education and employment support. 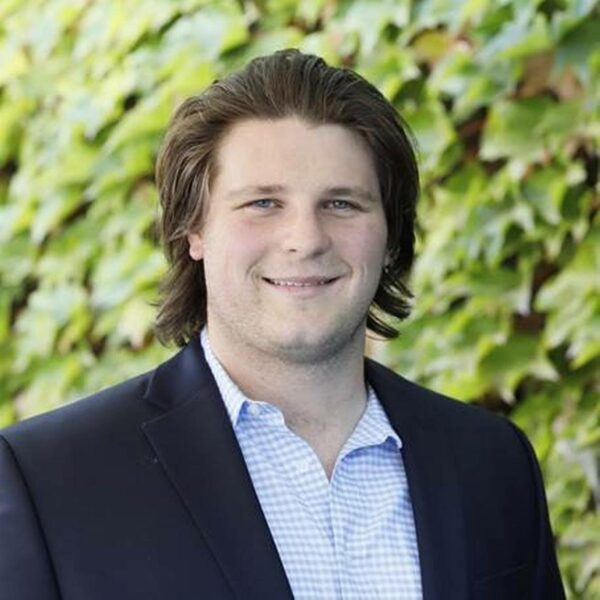 Andrew Echeguren, 26, says he considers himself lucky to have benefited from rapid intervention at St. Mary’s Medical Center in San Francisco when he suffered his first psychotic episode at age 15. The California state budget signed earlier this year by Gov. Gavin Newsom provides $20 million to create early intervention programs and expand existing ones. Flying Pig Studios

Echeguren, who was able to get adequate care on his parents’ relatively generous health plan, said that after several days in the St. Mary’s psych unit, the frightening auditory hallucinations that had sent him running from the soccer camp began to fade. “It felt good,” he said. “I felt like I had narrowly escaped disaster.”

After he left the hospital, Echeguren saw a psychiatrist and enrolled in a program called Prevention and Recovery in Early Psychosis, which connected him to a therapist and family groups that he and his parents attended.

Ultimately, Echeguren graduated from high school, and then college. He now works at a public relations firm in San Francisco and lives with his girlfriend.

He knows how lucky he is to have benefited from such rapid intervention.

“If I would have waited a year and a half for treatment, I would be dead,” he said. “I would have done something bad to myself.”