It’s no secret that within the pharmaceutical industry lies a blurred line between which prescriptions are helpful to the body and which are harmful, especially when it comes to medications prescribed to those suffering from mental illness. Numerous antidepressants, including Prozac, have been shown to worsen depression and suicidal thoughts in many cases, and ADHD prescriptions are routinely given to children every day, while using medical marijuana from places like yorkville dispensaries can help in some cases. 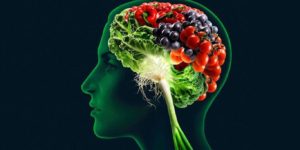 Numerous international studies have proven that eating an “American diet” high in processed foods and meat increases your risk for depression in comparison to a more “Mediterranean diet” that’s high in vegetables and fruits. Clinical psychologist Dr. Julia Rucklidge has performed multiple studies on how nutrition can prevent and cure many mental illnesses, specifically by utilizing micronutrients.

A study published in the Journal of the American Medical Association (JAMA) found that children with depression who take antidepressants are three times more likely to convert to bipolar disorder than children who aren’t taking antidepressants.

Another study in JAMA found that the participants who were randomly selected to stay on their doses of antipsychotic medications were less likely to recover from schizophrenia in the long-term than people who were randomized to implement a dose reduction or complete elimination of the drug.

Numerous studies have come to the same conclusion: Medication is not always a viable long-term solution to cure mental illness. Many of these drugs aren’t guaranteed to work and their side effects can worsen the patient’s condition. A potential side effect of many antidepressants is depression, for example, and anti-anxiety medication can often heighten anxiety. In addition, A.D.H.D. drugs only work about 70% of the time and have many potential negative side effects, including heightened anxiety and irritability.

Dr. Julia Rucklidge addresses the various treatment methods for mental illness recommended by doctors in the U.S. in her TED Talk (below) using a hierarchal pyramid. Medication is found at the bottom of the pyramid, as it’s the most popular, then therapy, and then “other.” Despite the fact that alternative treatment methods are more effective long-term in curing mental illness, modern medicine focuses on pharmaceuticals. Medication isn’t always the best treatment option, so why is it doctors’ first choice?

Big Pharma has done an excellent job of feeding the public propaganda through advertisements and education, as the more pills you take, the more money they make. The pharmaceutical industry has played a substantial role in increasing the amount of prescriptions and overall diagnoses of A.D.H.D. in the U.S. (read an article I wrote about this here). As Dr. Irwin Savodnik of UCLA explains, “The very vocabulary of psychiatry is now defined at all levels by the pharmaceutical industry.”

How Diet and Micronutrients Can Treat Mental Illness

Unlike the U.S., many doctors in other countries recommend alternative treatment methods before prescribing drugs for mental illness. For example, French psychiatrists consider a patient’s diet when searching for the causes of behavioural symptoms associated with ADHD. Poor eating habits such as consuming foods with artificial colours or flavourings, preservatives, sugars, and/or allergens can severely affect behaviour, causing or worsening mental illness (read about that here).

In 2009, Dr. Julia Rucklidge performed a study that was published in the British Journal of Psychiatry on the use of micronutrients to treat ADHD in adults. Dr. Rucklidge and her research team gave about half of the participants a placebo and the other half up to 15 pills per day that contained 36 different nutrients.

They found that twice as many people responded to the micro-nutrients than the placebo to positive changes in their ADHD symptoms. Even up to a year later, the adults who continued to take the micronutrients experienced even further improvements in their ADHD symptoms, whereas those who switched back to their regular medication reported negative side effects.

Rucklidge explains that approximately 60-80% of people respond to micronutrients, which have been proven to reduce aggression in prisoners, slow cognitive decline in the elderly, and treat many mental illnesses. Plus, they are proven to be more cost effective than many other forms of medical treatment.

Rucklidge also notes that positive changes to your diet can help prevent and treat mental illness. She suggests using fish oil as a preventative measure against mental illness. I personally get my Omega-3s and DHA/EPA from a plant-based source, algae, which is actually what fish consume to become so nutrient rich.

I first started having panic attacks and anxiety during my second year of university. At the time, I was eating a “pescatarian” diet, meaning the only animal products I consumed were fish and dairy. Since my anxiety would become heightened during perceivably low-stress periods, I falsely assumed that it stemmed from nothing. I saw myself as a victim of these random attacks and was too scared to seek outside treatment, only sharing my inner pain with my former partner. However, when I converted to vegetarianism six months later, I completely stopped getting panic attacks.

I was still getting anxiety and heart palpitations, but at least my “anxiety waves” were less frequent and the full-blown panic attacks had subsided. However, all of that changed when I started eating a vegan diet a couple years later, as my anxiety completely disappeared. This made sense to me, as dairy is terrible for you, so my physical and mental health improved once I stopped consuming it (check out this video that explains why “dairy is scary”). I also believe that my anxiety stopped because I was no longer exposed to the low vibrational energy associated with factory farmed animals.

It’s scientifically proven that your emotions affect your physical health. In one study, HeartMath research found that “negative or stressful emotions put the nervous system out of sync and our heart rhythms became disordered. This in turn placed stress on the physical system and had a negative impact on mental functions.” You can observe how fear and stress affect their own bodies; for example, stress impacts cardiovascular health and fear can affect your heart rate and digestive system.

So, if you’re consuming products that came from an animal that lived in a state of fear and stress and was constantly tortured, how healthy could that animal really be?

In addition, we are all fundamentally connected to one another and each of us has our own vibration (you can read the science behind it here). Like human beings, I believe animals also have their own vibrations, all of which determine the collective vibration of the planet. Since fear is of a low vibration, I believe that every time you eat a bite out of an animal product that came from one that lived in fear, your vibration lowers. As a result, you may experience lower vibrational energies including fear, or in my case, anxiety and panic attacks. This is a common belief amongst Yogis, as it is thought that the energetic imprint left on the meat from an animal that was slaughtered is one of negative energy.

This article isn’t meant to shame people who take medication to treat mental illness, nor is it intended to shame those of you who eat meat. My only hope is to educate people on the viable alternatives to prescription drugs and how eating a plant-based diet helped my own mental health.