Dr. Joseph E. Lifschutz, a psychiatrist who spent a weekend in jail in 1969 defending his contention that a legal privilege of confidentiality should be extended to psychotherapists, a position later affirmed by the United States Supreme Court, died on April 15 in Alamo, Calif. He was 92.

His death was confirmed by his grandson Andy Lifschutz. 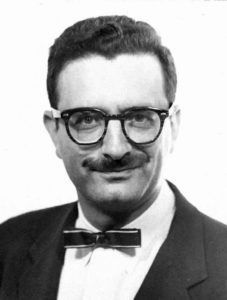 Dr. Lifschutz, a Brooklyn native, landed in a Northern California jail amid a lawsuit in which a high school physics teacher was suing a student who had cracked his jaw.

His principled stand eventually established a legal precedent and influenced a Supreme Court decision asserting that the right of confidentiality that applies to lawyers, clergy members and married couples also extends to psychotherapists.

His case “was the first to assert clearly and formally that a constitutional right to privacy includes a psychotherapist-patient privilege,” Robert G. Meyer and Christopher M. Weaver wrote in “Law and Mental Health: A Case-Based Approach” (2006).

Dr. Saul Levin, chief executive and medical director of the American Psychiatric Association, called confidentiality one of the most important principles in medicine.

“I applaud Dr. Lifschutz for going to such great lengths for his patient, even at the risk of his own freedom,” Dr. Levin wrote in an email.

Technically, Dr. Lifschutz lost his case: The courts ruled that therapists, unlike priests, were not covered by an absolute privilege; that confidentiality was accorded to the patient, not the doctor; and that the disparate treatment of priests and therapists by the judicial system did not deny him equal protection under the law.

Still, the California courts recognized the necessity of confidentiality and set limits on how much a doctor had to disclose, even in cases in which a patient appeared to have waived a right to privacy by claiming mental or emotional stress.

“For the proper practice of psychotherapy, a patient has to open his mind as completely as humanly possible,” Dr. Lifschutz told The New York Times after his weekend in jail. “He must have absolute assurance that what he says will have total confidentiality.”

In 1996, Dr. Lifschutz sat through the oral arguments before the Supreme Court in a subsequent doctor-patient privilege case, Jaffee v. Redmond. In that case, the court ruled that federal judges must allow mental health professionals to refuse to disclose patient records in civil and criminal proceedings. Their ruling cited the Lifschutz case.

“Was it harder for the U.S. Supreme Court justices to dismiss the importance of confidentiality in psychotherapy while in the presence of someone who had gone to jail for it?” Bram Fridhandler, a California psychologist, wrote in 2005 in The San Francisco Psychologist. “We can only speculate. But we know that their decision has become the single most influential legal statement of the need for confidentiality to support effective psychotherapy, which they describe as a transcendent value for society.”

Joseph Emanuel Lifschutz was born in Brooklyn on April 30, 1924, to Oscar Lifschutz, who ran a grocery in the Williamsburg neighborhood, and the former Miriam Schor, both of them immigrants from Europe.

During the Korean War, as an Army medical corps captain, he began seeing psychiatric patients at Madigan Army Hospital in Tacoma, Wash.

Dr. Lifschutz’s involvement in the confidentiality issue began in the late 1950s, when he opened his practice in Orinda, a San Francisco suburb. Among his first patients was Joseph F. Housek, a teacher at Burlingame High School in San Mateo County.

Ten years later, in 1969, Dr. Lifschutz received a subpoena to testify in a Superior Court suit that Mr. Housek had filed, seeking monetary damages for physical injuries and severe mental and emotional distress he said he had endured after an altercation with a student, John Arabian. In a deposition, Mr. Housek revealed that he had undergone therapy with Dr. Lifschutz for six months.

Mr. Arabian’s lawyer, who subpoenaed Dr. Lifschutz, said that by claiming mental distress and revealing the therapy, Mr. Housek had waived his right to privacy about his prior psychological state.

Nonetheless, Dr. Lifschutz refused a court order to testify, even though his lawyer was unable to find a precedent for a therapist’s asserting confidentiality when his patient had not done so.

Cited for contempt of court on Dec. 5, 1969, he was ordered to San Mateo County Jail. He was released after three days pending resolution of the case. Dr. Lifschutz’s appeals, all the way to the Supreme Court, were denied.

In April 1970, the California Supreme Court ruled that Dr. Lifschutz had to answer “at least the question” — which Mr. Housek had already confirmed — of whether he had treated Mr. Housek.

Dr. Lifschutz confirmed that he had treated Mr. Housek and turned his records over to the presiding judge, who reviewed them privately and found nothing relevant to the lawsuit.

“Having defended the principle of confidentiality in psychotherapy,” Paul W. Mosher and Jeffrey Berman wrote in “Confidentiality and Its Discontents: Dilemmas of Privacy in Psychotherapy” (2015), “Lifschutz decided discretion was the better part of valor and found a way to reveal only the bare minimum of his patient’s treatment a decade earlier.”

The contempt citation was lifted in June 1970. As to why he was released after only three days, Dr. Lifschutz was later quoted as saying that the judges must have concluded, “There’s a psychiatrist in jail; we can’t let this go on.”

During his weekend behind bars, he read Anthony Trollope’s novel “Phineas Redux,” from the 1870s, about a man falsely accused of murder who is vindicated in court. The judge’s order releasing Dr. Lifschutz was delivered by his 27-year-old lawyer, Nicholas S. Freud, who was a great-grandnephew of the father of psychoanalysis.

A version of this article appears in print on April 30, 2017, on Page A21 of the New York edition with the headline: Joseph Lifschutz, 92, Dies; Defended Therapist Rights