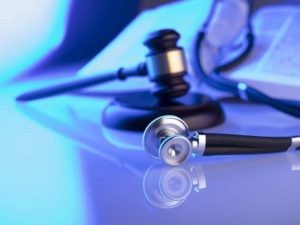 Judge Joseph Spero of the U.S. District Court for the Northern District of California found that United Behavioral Health (UBH), the largest managed behavioral health care company in the country, developed criteria for evaluating the medical necessity of claims for treatment of mental health and substance use disorders that were out of step with standards of behavioral health care, in order to keep costs down.

In Wit v. United Healthcare Insurance Company, 11 plaintiffs, on behalf of over 50,000 patients whose claims were denied based on flawed review criteria, sued UBH. Natasha Wit sought coverage for treatment of a number of chronic conditions, including depression, anxiety, obsessive-compulsive behaviors, a severe eating disorder and related medical complications.

Spero stated, “At every level of care that is at issue in this case, there is an excessive emphasis on addressing acute symptoms and stabilizing crises while ignoring the effective treatment of members’ underlying conditions.”

The court was particularly troubled by UBH’s lack of coverage criteria for children and adolescents, estimated to number in the thousands in the certified classes.

“For far too long, patients and their families have been stretched to the breaking point, both financially and emotionally, as they battle with insurers for the mental health coverage promised by their health plans,” said Meiram Bendat of Psych-Appeal, Inc. and co-counsel for the plaintiffs who uncovered the guideline flaws.

“Now a court has ruled that denying coverage based on defective medical necessity criteria is illegal.”

In its decision, the court also held that UBH misled regulators about its guidelines being consistent with the American Society of Addiction Medicine (ASAM) criteria, which insurers must use in Connecticut, Illinois and Rhode Island.

Additionally, the court found that UBH failed to apply Texas-mandated substance use criteria for at least a portion of the class period.

While the Paul Wellstone and Pete Domenici Mental Health Parity and Addiction Equity Act of 2008 requires parity for mental health and substance use benefits, insurers are permitted to evaluate claims for medical necessity. However, by using flawed medical necessity criteria, insurers can circumvent parity in favor of financial considerations and prevent patients from receiving the type and amount of care they actually require.

In his decision, Spero concluded that “the record is replete with evidence that UBH’s Guidelines were viewed as an important tool for meeting utilization management targets, ‘mitigating’ the impact of the 2008 Parity Act, and keeping ‘benex’ [benefit expense] down.”

Zuckerman Spaeder partner Jason Cowart said, “United is not alone in this sort of behavior — manipulating internal and/or proprietary coverage criteria to increase claim denials is a widespread industry practice. Our cases demonstrate that even though the written terms of a health plan may appear adequate and lawful, many insurers make nearly all coverage decisions based on internal guidelines. The court’s ruling reveals how important those guidelines are. Hopefully, it will serve as a warning to all insurers that their internal guidelines are subject to judicial review.”

However, United Behavior Health implied in an emailed statement to the news agency UPI that it will appeal.

“We look forward to demonstrating in the next phase of this case how our members received appropriate care. We remain committed to providing our members with access to the right care for the treatment of mental health conditions and substance use disorders,” UBH wrote to UPI.