Discussions about Medicare For All and the Affordable Care Act in the presidential debates are highlighting the affordability crisis in health care nationwide. 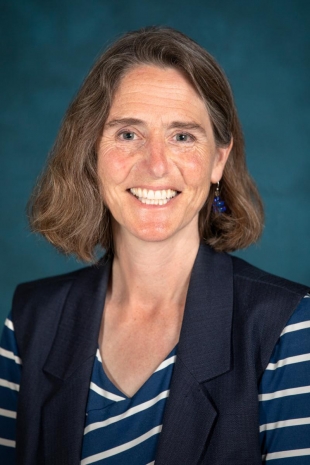 And while some are advocating that the federal government play a larger role in paying for health coverage, what’s happening to San Mateo County Health, the county’s health department, is the exact opposite, according to county health department chief Louise Rogers.

The department is projecting a $57 million deficit in 2020-21, with $48 million of the gap at the main hospital, San Mateo Medical Center, alone, largely due to reductions in funding for Medicaid and other federal programs.

Federal support for Medi-Cal, the state of California’s Medicaid program serving low-income residents, at San Mateo Medical Center is projected to decline to $307 million in 2020-21 compared with a projected increase in costs to $356 million, according to San Mateo County Health.

The health department has an annual budget of $838 million, of which $177 million comes from the county and the rest from federal and state sources, Rogers said.

Until fiscal year 2016-17, Medicaid support for the hospital consistently exceeded its cost of operation, according to the department’s statistics.

At the other end, the department is getting squeezed by higher labor costs, amounting to a $14 million increase in salaries and benefits in 2020-21, that are occurring because it needs to compensate health-care workers for the high cost of living in the Bay Area and especially on the Peninsula, Rogers said in a phone interview.

Without the increases, the county would find it increasingly difficult to fill critical positions, she said.

“We’ve been working on the structural deficit challenge for several years now,” Rogers said. “The core issue is the labor costs that are going up at a higher rate than the revenues we’re receiving from state and federal government.”

The department has a plan to raise revenues, spend down reserves and cut costs that it will introduce at a study session with the Board of Supervisors on Jan. 28 to move toward balancing its 2020-21 budget, Rogers said.

The plan calls for increasing revenue by $30 million, cutting programs by $16 million and using about $8 million from the department’s reserves to close the rest of the deficit, she said.

“We are seeing a decline in incarcerated youth and subsequently have redirected services to greater areas of need,” Rogers said in a department release. “We have identified services for reduction where patients or clients could still obtain services within the community, just not from us.”

The $16 million in cuts will largely come from eliminating about 100 unfilled positions and laying off about 80 current employees, Rogers said.

“Unfortunately, the recommendations necessary to address a $57 million gap necessitate eliminating positions in the San Mateo County Health workforce, as well as eliminating or reducing contracts with some community partner organizations,” Rogers said in the release.

The $8 million in reserve spending will cut San Mateo County Health’s reserves in half, she said.

“We will have sufficient reserves to cover another $8 million rather easily,” Rogers said.

“Our hospital and clinics and services to inmates and jails are primarily focused on lower-income people,” she said.

At the same time, the health department provides some services, such as restaurant inspections and services to schools, that benefit residents regardless of income.