Column: New York will treat more mentally ill people against their will. Should California follow?

At 13, Maddie Delaney was first chair viola in the orchestra at her San Leandro middle school, keeping rhythm for the violins as her mother, Jennifer Williams, puts it — until she began to have delusions.

Three weeks ago, at 38, Delaney died while sleeping in a dirt lot, her head run over by a big-rig wheel, a victim as much of a brutal hit-and-run as she was of her schizoaffective disorder and our unwillingness to help her live a life of dignity and safety.

“I am angry that I couldn’t get help for her,” Williams told me, deep in mourning for a daughter she loved for her wit and humor. And I hope when you hear more about Delaney, you’ll be angry too. 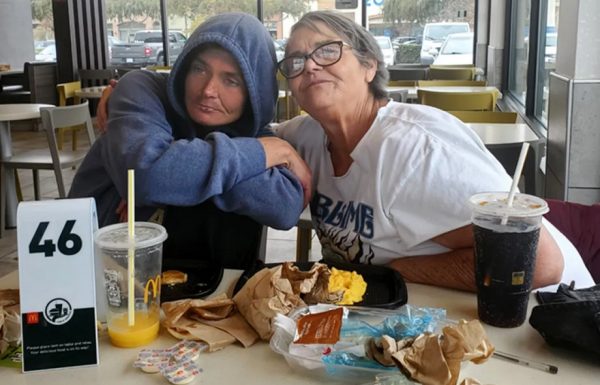 Recently, California and New York City have made bold moves to help people like Delaney — those with serious mental illness chronically living on the streets — because it has become painfully obvious that for a small set of homeless people with psychosis, it is cruel and dangerous to pretend they are acting with free will.

Whether the result of our inaction is a loss such as Maddie Delaney, or violence by a person in psychosis such as the attack that left Michelle Go dead in a New York subway station, it’s not ethical or compassionate to demand mentally ill people be abandoned in the name of civil rights. It doesn’t have to be an either-or choice between autonomy and help, a false argument of conservative versus liberal.

In New York City, Mayor Eric Adams announced this week he will broaden the use of involuntary mental health holds, targeting those with the most serious forms of mental illness.

Before his directive, only people who were deemed to be an imminent risk to themselves or others qualified to be hospitalized against their will. Now, those holds can be used to detain people who aren’t actively violent or dangerous, but who are in a psychotic state or clearly unable to care for themselves.

The directive also requires that hospitals put a plan in place before releasing a patient, instead of dumping them back on the street to repeat the cycle.

California is in the process of setting up Care Courts, a system of legally monitored treatment for people with serious mental illness that has been erroneously described as involuntary. Though it won’t be functioning until next year, and then only in a handful of counties, it allows a judge to oversee treatment, likely after an involuntary hold, and sanction providers who fail to deliver necessary help including housing. But a person under a court-ordered plan can refuse to participate, though that can lead toward a conservatorship after two years.

Though on the surface they seem different, the two efforts are “really targeting a similar population, which is people who are chronically homeless and are perceived as refusing services and housing,” Alex V. Barnard, an assistant professor of sociology at New York University and author of an upcoming book on conservatorships in California, told me.

Barnard is “cautiously supportive” of targeted civil commitments, he said, but warns that the fixes are (rightfully) aimed at a small group of people — about 3,000 in New York City and 12,000 in California — and shouldn’t be confused with a solution to homelessness.

But they will be. Because there are three truths about mental illness and homelessness that we routinely ignore, preventing us from getting anywhere on these linked but separate problems.

First, not all homeless people have serious mental illness — not even most do, even people who smell horrible or scream obscenities to no one in particular. What seems scary and problematic to a housed person can just be trauma, hard living and survival to someone without a roof. And those are the people for whom housing — often coupled with services to address less serious mental illness — is the best and smartest approach.

Second, of the homeless people who do have mental illness, only a small percentage have serious conditions. Some reach the point where they are unable to understand they need help or function in our common reality. Housing first won’t always work for them. They need a stabilization-first approach.

The third truth is the one that trips us every time. We do an unforgivably horrible job of seeing the difference among those groups, lumping them together in arguments and solutions.

So even with these bold moves from California and New York, we are still shimmying and shaking around the real question, the one we have to confront if we want to make progress on either homelessness or mental illness.

How do we know when someone is too mentally ill to make their own decisions?

When to take away rights is a problem we have dodged for too long in part because it is uncomfortable, complicated and personal. Yes, there are laws both at the federal and state levels that provide answers, but they don’t provide consensus, especially as the problem has grown in recent decades.

Though it has a clinical definition, serious mental illness for all practical purposes is now similar to the famous definition of hard-core pornography coined by Supreme Court Justice Potter Stewart in 1964: “I know it when I see it.”

Personally, I believe people with a serious mental illness whose condition makes it impossible for them to live a housed life with stability and safety should have a legal right to care — and that is a situation that needs to be evaluated one person at a time.

But our squeamishness toward finding consensus is not OK. It’s what keeps us from making real change. The less-publicized part of Adams’ announcement tries to get at that problem.

Adams is pushing to clarify state law to make it unambiguous “that when untreated mental illness leaves a person unable to meet their basic survival needs and/or helpless to avoid psychiatric deterioration, involuntary hospital care is warranted,” according to a legislative plan he released this week.

That means someone with a diagnosed psychotic illness — not simply a mental illness — who is also living on the streets and unable to care for themselves could be a candidate for involuntary treatment without needing to be an immediate danger to themselves or others. That is a vast expansion that will certainly meet opposition, the same way Adams’ directive, which basically puts that standard into practice, will be met with lawsuits.

It is to his great credit that Adams is forcing the question of when to intervene, even if the definition is controversial. These issues have become a third rail of politics nationwide because of their dicey civil rights implications — locking someone up against their will in a mental health facility is the stuff of horror movies, not successful political campaigns.

For years, there has been talk but little action at the California state Capitol on reforming our laws about conservatorships. Any attempt to increase the circumstances in which people can be forced into involuntary treatment is viewed as regressive and conservative — not Golden State values.

Barnard says its a “really bad use of political capital” to even try to change our conservatorship law, known as the Lanterman-Petris-Short Act. He prefers better use of existing laws, including creating the supportive housing and services we so sorely lack.

But he also says there’s a “flagrant lack of leadership” when it comes to defining what it means to be seriously mentally ill in California.

“When you have 58 counties that define grave disability so differently, basically your fundamental civil liberties in California depend on which side of a county line you live on,” he said.

It’s that hazy understanding of what serious mental illness is that has made it nearly impossible to help people like Maddie Delaney.

Not long after Delaney moved to Modesto as a teen, Williams saw the first signs of mental illness. She found counseling for her daughter, but Delaney continued to decline, staying in her room for months at a time and refusing to go to school. She left home at 16 to join the federal Job Corps program.

But Delaney ran off with a guy, disappeared, came home. Williams helped her get permanent disability benefits based on her mental health. She lived in a trailer in Williams’ yard for a while but accidentally started a fire. She moved into an apartment, but she started a fire there too.

The local fire chief tried to help Williams have Delaney placed on an involuntary hold, but she ran away when the cops came. She had dozens of visits to psychiatric hospitals, but her cognitive abilities kept declining the longer she went without medication and shelter, her mother said.

And then she just left town and stopped collecting her benefits — years later, she would tell Williams she believed mysterious people were using the checks to find her.

On Dec. 24, 2019 Williams received a letter from the County of San Mateo. Delaney had had a baby.

She had been picked up by authorities on a mental health hold from a parking lot in Millbrae a few weeks earlier, “screaming she had a demon inside her and that angels were trying to kill her,” Williams said. The cops took her to a hospital, where she gave birth to a child she didn’t know she was carrying — and was never well enough to understand was hers.

Within a few days, before Williams received the letter, Delaney was released from the hospital and sent to a shelter, where she promptly disappeared.

In 2020, police in Castro Valley found Delaney walking down the street with a bullet in her foot. She didn’t know how she had been shot. Again, she was discharged from the hospital and went missing before Williams could get to her.

That cycle repeated itself so many times in so many ways, dozens of social workers, police, doctors. So many people who helped for a moment but not for the long run — because the law doesn’t allow it.

Finally, in 2021, Williams found Delaney in Nevada and brought her home to Modesto. She helped her daughter settle into a shelter, because she wasn’t sure it was safe to have her near Angelica. You know what happened.

Delaney ended up on the streets, self-medicating with meth. Once, after a breakfast at McDonald’s, she said the voices in her head were torturing her.

“I could smoke meth for 300 years, and they would still bother me,” she told her mom.

Then the call came three weeks ago. Delaney was dead.

Williams says part of her anger is that we didn’t consider her daughter sick enough to intervene until she was crushed by the tire of a semi, though it was obvious to her family and anyone who met her that she needed help. Williams believes she failed as a mother.

But I say it is we who are lacking. Fires, a baby, a bullet. None of them were enough for California.

We let Delaney die in the dirt, alone with her illness.