A heavily armed young man is accused of killing 17 people after opening fire on terrified students and teachers at Marjory Stoneman Douglas High School in Parkland, Fla., on Wednesday. It was the third mass shooting in the past four months in the United States.

Nikolas Cruz, who has been linked to a history of mental illness, is believed to have used a legally obtained AR-15 in the shooting. The attack has led to widespread conversations about links between gun violence and mental illness, and how lawmakers and interest groups are debating potential policy responses. Below is a look at some facts and falsehoods uttered by Speaker Paul D. Ryan, Republican of Wisconsin; Senator Bernie Sanders, independent of Vermont; and others in the wake of Wednesday’s shooting.

There’s a link, but it’s more limited than widely thought. 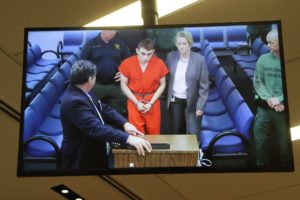 Mr. Ryan’s claim reflects a common misconception. According to various polls, roughly half of Americans either believe that failing to identify people with mental health problems is the primary cause of gun violence or that addressing mental health issues would be a major deterrent.

That conclusion is not shared by experts or widely accepted research.

In an analysis of 235 mass killings, many of which were carried out with firearms, 22 percent of the perpetrators could be considered mentally ill.

Overall, mass shootings by people with serious mental illness represent 1 percent of all gun homicides each year, according to the book “Gun Violence and Mental Illness” published by the American Psychiatric Association in 2016.

To be sure, gun violence experts contacted by New York Times reporters have said that barring sales to people who are deemed dangerous by mental health providers could help prevent mass shootings. But the experts said several more measures — including banning assault weapons and barring sales to convicted violent criminals — more effective.

And, as The Times has reported, Americans do not appear to have more mental health problems than other developed nations of a comparable size, which experience far fewer mass shootings.

As John T. Monahan, a professor specializing in psychology and law at the University of Virginia, told The Times:

“After 18 school shootings in America in just 43 days of 2018, the Congress might want to consider common-sense gun safety legislation and save innocent lives.” — Senator Bernie Sanders

False. There have been 18 instances of weapons being discharged. It would not be fair to call them all shootings.

The figure is drawn from a list maintained by the advocacy group Every Town for Gun Safety. As the group explains on its site, the total includes “any time a firearm discharges a live round inside a school building or on a school campus or grounds.”

As The Washington Post, The Washington Examiner and other outlets have pointed out, that includes some incidents that most people would not consider school shootings. For example, the list includes suicides, like a Florida man who shot himself in the parking lot of a school while it was closed. And it also includes accidents like a Michigan third-grader who pulled the trigger on a police officer’s holstered weapon, injuring no one.

“Israel pretty much eliminated [shootings] by placing highly trained people strategically to spot the one common thread — not the weapon, but a person with intent.” — Former Gov. Mike Huckabee of Arkansas

This is an interpretation that the Israelis reject.

Israeli officials and experts rejected this version of events after a similar claim was made by Wayne LaPierre, the president of the National Rifle Association, after the 2012 shooting at Sandy Hook Elementary School in Newtown, Conn., in which 20 children and six adults were killed.

“Israel had a whole lot of school shootings until they did one thing. They said, ‘We’re going to stop it,’ and they put armed security in every school, and they have not had a problem since then,” Mr. LaPierre said in December 2012 on NBC.

Yigal Palmor, a spokesman for the Israeli Foreign Ministry, told The New York Daily News at the time that the situations in the United States and Israel were “fundamentally different” and said that the measures that Israel enacted were a response to terrorism.

“What removed the danger was not the armed guards, but an overall antiterror policy and antiterror operations, which brought street terrorism down to nearly zero over a number of years,” Mr. Palmor said.

“Your very first acts as president, Mr. Trump, was to actually roll back the regulations that were designed to keep firearms out of the hands of the mentally ill.” — Late-night host Jimmy Kimmel.

True, but the rule’s scope was narrow.

After Mr. Trump focused on mental health in his national address on Thursday in response to the Parkland shooting, many journalists, activists and others, like Mr. Kimmel, noted the repeal of a rule that would have prevented “seriously mentally ill” people from purchasing guns.

Federal law already bars anyone who “has been adjudicated as a mental defective or has been committed to any mental institution” from purchasing a gun. And a majority of states have laws requiring them to report mental health information to the national background check system. But gaps in the system still exist.

After the Newtown shooting, President Obama proposed adding another data source to the background check system: reports from the Social Security Administration of people who receive disability benefits through a third party because of mental impairments. According to a 2016 White House fact sheet, the rule would have affected 75,000 people.

It was opposed by the National Rifle Association, but also the American Civil Liberties Union, which said the rule violated civil rights. Some disability rights groups also argued against the rule on the basis that it perpetuated stigmas about mental illness.

Mr. Trump signed a congressional resolution that expressed disapproval of the proposed rule in February 2017, nine months before compliance would have been required.

By Linda Qiu and Justin Bank

Linda Qiu is a fact-check reporter, based in Washington. She came to the Times in 2017 from the fact-checking service PolitiFact. @ylindaqiu

A version of this article appears in print on February 16, 2018, on Page A15 of the New York edition with the headline: With Gun Violence And Mental Illness, Truth Isn’t Simple. Order Reprints | Today’s Paper | Subscribe