A statewide tax on the wealthy has significantly boosted mental health programs in California’s largest county, helping to reduce homelessness, incarceration and hospitalization, according to a report released Tuesday.

Revenue from the tax, the result of a statewide initiative passed in 2004, also expanded access to therapy and case management to almost 130,000 people up to age 25 in Los Angeles County, according to the report by the Rand Corp. Many were poor and from minority communities, the researchers said.

“Our results are encouraging about the impact these programs are having,” said Scott Ashwood, one of the authors and an associate policy researcher at Rand. “Overall we are seeing that these services are reaching a vulnerable population that needs them.”

The positive findings came just a few weeks after a critical state audit accused California counties of hoarding the mental health money — and the state of failing to ensure that the money was being spent. The February audit said that the California Department of Health Care Services allowed local mental health departments to accumulate $231 million in unspent funds by the end of the 2015-16 fiscal year — which should have been returned to the state because it was not spent in the allowed time frame.

Proposition 63, now known as the Mental Health Services Act, imposed a 1 percent tax on people who earn more than $1 million annually to pay for expanded mental health care in California. The measure raises about $2 billion each year for such services, such as preventing mental illness from progressing, reducing stigma and improving treatment. Altogether, counties have received $16.53 billion.

Los Angeles County receives the biggest share of the money.

The money is “critically important” for the community mental health system and for people who need treatment but haven’t been served well in traditional ways, said Toby Ewing, executive director of the state’s Mental Health Services Oversight & Accountability Commission. “We can only imagine the challenges we would face if those funds weren’t available.”

Ewing said the recent state audit highlighted problems that need to be addressed. “But at the same time, the vast majority of dollars that have been made available to counties are actually delivering care and services in our communities and these dollars are being spent in creative and inventive ways,” he said.

The funds go beyond the more basic services that counties traditionally provide, helping to pay for workers to reach out to homeless people and triage patients with mental health issues in hospitals, he said.

The Los Angeles County Department of Mental Health commissioned the Rand report, which was based on data from 2012 to 2016. Researchers also interviewed participants in mental health programs.

The report covered two main programs — one for prevention and early intervention of mental illness in young people and another aimed at improving outcomes for people with serious mental illness.

Those who participate in the second program are in and out of jails and hospitals, and really need intensive services, according to Debbie Innes-Gomberg, the department’s deputy director. She said she was pleased Rand found that the services are making a difference. “It is a very good investment,” she said, adding that the county plans to add more participants this year.

In the future, the county wants to focus even more on prevention for at-risk children by promoting strong familial relationships and stable housing, Innes-Gomberg said. And L.A. County plans to invest more in mental health services in schools. “If on a school campus there is an issue and somebody needs to be evaluated right away, we’re going to be able to develop the capacity to do that across the county,” she said.

She acknowledged that the state audit on unspent funds was fair — and “an opportunity for improvement for counties and the state.”

The audit and the Rand study addressed different questions and are not necessarily contradictory, according to mental health advocates. Sacramento Mayor Darrell Steinberg, who wrote the Mental Health Services Act as a state legislator, said he was “thrilled” about the results from Rand but agreed that “in many counties, the money needs to get out faster because the needs are growing.”

“If we invest in early intervention and prevention, if we invest in whatever it takes for the people who are the most chronic and seriously ill, their lives will be much better and so will our communities,” he said.

One participant told researchers, “I would be dead or a criminal” without the services he was receiving, while another said they helped her accomplish her goal of going one month without being hospitalized for mental health care.

Researchers recommended that Los Angeles County improve its data collection and conduct a cost-benefit analysis of the services.

“There are reasons to be concerned about how maybe the money is being spent or not being spent,” said Rand’s Ashwood. “But studies like ours are showing there are positive things happening from these programs.” 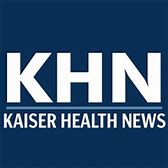 KHN’s coverage in California is supported in part by Blue Shield of California Foundation.