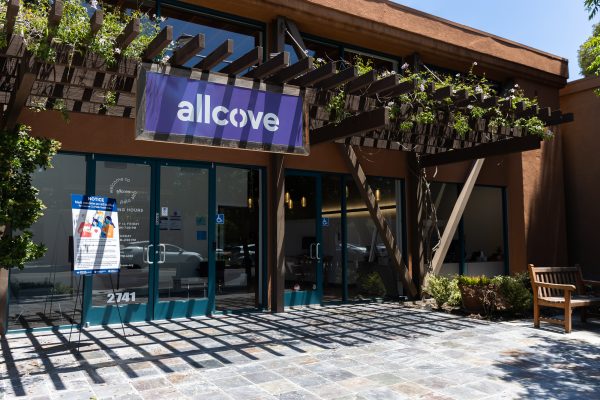 Allcove in Palo Alto is likely the first of many youth mental health clinics popping up across California. Photo by Magali Gauthier.

The University of California at Irvine (UCI) announced this month it will be opening clinics in Orange County in the mold of allcove, a mental health clinic model developed by Stanford University and officially launched in June 2021. Allcove has centers in Palo Alto and San Jose, offering a one-stop shop for everything from mental health services and primary care to addiction services and peer support.

The centers are meant to cut through the labyrinthine process of mental health referrals and getting connected to the right care — made even more difficult by whether services are covered by insurance — that can deter teens and young adults from getting the help that they need. The centers serve anyone who walks through the door regardless of what services they need, and are designed to look like a hangout spot rather than a sterile clinic.

Stephen Schueller, a UCI associate professor and director of the allcove expansion into Orange County, said the program is meant to be a “one door for all” approach, and that young people need a confluence of education, a sense of community and physical and mental wellness in order to thrive.

“There is a desire to bring all these elements together to create a place where youth can come to receive mental and behavioral health services but also be presented with a variety of different opportunities to help support their wellness,” Schueller said in a statement.

Though California has sought to improve access to mental health services in recent years, there is still a dearth of available care for children and teens. There are too few child psychiatrists to meet the demand, and many are reluctant to take private insurance.

At the same time, local and national studies have found that roughly 1 in 5 children have a diagnosable mental, emotional or behavioral health disorder, and those problems are at risk of getting worse and requiring more intensive care later down the line.

Looking to cut through the barriers, allcove sought to emulate the successful Headspace model developed in Australia, which was later adapted in British Columbia and Ireland. Launched with a location at 2741 Middlefield Road in Palo Alto, it was the first of its kind in the country and a true test to see if a no-wrong-door approach to mental health could work in the United States. 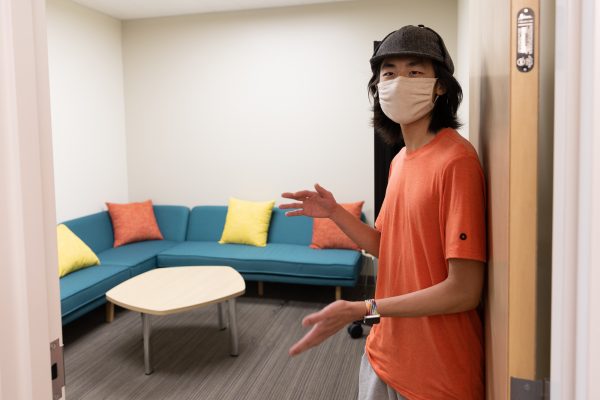 Phoebe Pham, a UCI student serving on the Youth Advisory Group for Orange County’s allcove expansion, said the centers can give youth guidance on how to start treating problems like anxiety, particularly those who don’t know where to get help.

“I think the allcove center will make the help-seeking process less intimidating overall, especially knowing that the first people you’re meeting are other young people who can relate to you,” Pham said.

Though studies are still underway on just how effective allcove will be in Santa Clara County, it didn’t stop state and county health officials from pouring money into replicating the health centers long before allcove even opened its doors. The state’s Mental Health Services Oversight and Accountability Commission announced $14.5 million in grants to operate similar mental health drop-in centers back in 2019, and awarded the money in May 2020. Winners outside of Orange County include the Peninsula Health Care District in San Mateo County and Sacramento County Behavioral Health Services.

Dr. Steven Adelsheim, a clinical professor and director of the Stanford Center for Youth Mental Health and Wellbeing, said in a statement that he was glad to see Orange County pick up the allcove model and said he was “excited” to support its implementation. Adelsheim had spearheaded the effort to reproduce Australia’s Headspace model in the U.S. since 2014.