A 64-year-old man who was in a “mental health crisis” prompted a police response Friday morning when he armed himself with a gun at a San Mateo home, according to police.

At noon, San Mateo police announced that the incident had been safely resolved and provided details about the perimeter that they established at a home in the 1600 block of Celeste Drive.

Police said officers responded at 8:40 a.m. to the home based on a call from the wife of a man who she said was having mental issues. 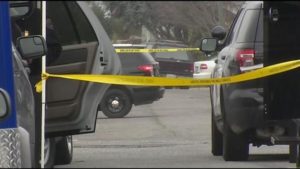 The woman reported that her husband had been awake for the past three days and was having paranoid thoughts before he armed himself with a gun.

When officers arrived, a safety perimeter was immediately established and nearby residents were evacuated or asked to shelter in place as a precaution, according to police.

A tactical plan was put in place, with officers working to make contact with the man, according to police. Crisis-intervention trained negotiators were on scene as well as mental health professionals.

The man apparently surrendered peacefully sometime before noon. Police said he is “receiving the care he needs.”