Affordable treatment for mental illness and substance abuse gets harder to find.

Eleven years after Congress passed a law mandating that insurers provide equal access for mental and physical health care, Americans are actually finding it harder to obtain affordable treatment for mental illness and substance abuse. The barriers to parity continue despite a bipartisan consensus that more must be done to confront the nation’s devastating opioid epidemic, rising suicide rates and surging rates of teen depression and anxiety.

A report published by Milliman, a risk management and health-care consulting company, found that patients were dramatically more likely to resort to out-of-network providers for mental health and substance abuse treatment than for other conditions. The disparities have grown since Milliman published a similarly grim study two years ago.

The latest study examined the claims data of 37 million individuals with commercial preferred provider organization’s health insurance plans in all 50 states from 2013 to 2017. 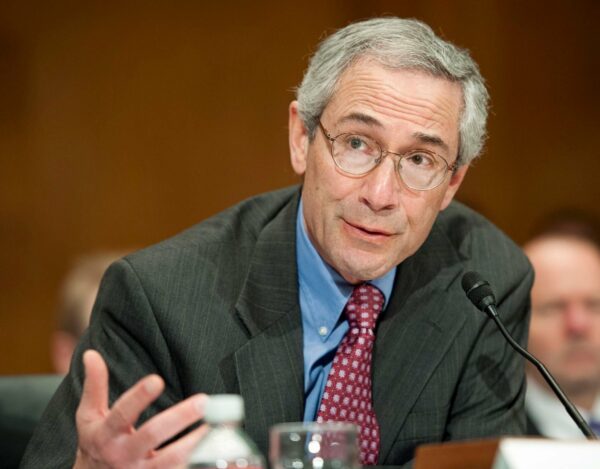 ●People seeking inpatient care for behavioral health issues were 5.2 times more likely to be relegated to an out-of-network provider than for medical or surgical care in 2017, up from 2.8 times in 2013.

●For substance abuse treatment, the numbers were even worse: Treatment at an inpatient facility was 10 times more likely to be provided out-of-network — up from 4.7 times in 2013.

●In 2017, a child was 10 times more likely to go out-of-network for a behavioral health office visit than for a primary care office visit.

In 2017, 70,237 Americans died of drug overdoses, and 47,173 from suicide, according to the Centers for Disease Control and Prevention. In 2018, nearly 20 percent of adults — more than 47 million people — experienced a mental illness, according to the National Alliance on Mental Illness.

“I thought maybe we would have seen some progress here. It’s very depressing to see that it’s actually gotten worse,” said Henry Harbin, former chief executive of Magellan Health, a managed behavioral health-care company, and adviser to the Bowman Family Foundation, which commissioned the report. “Employers and insurance plans need to quadruple their efforts.”

Insurance plan networks are simply inadequate, Harbin said, which is no surprise, given that insurance companies consistently reimburse behavioral health providers at lower rates. The study found, for example, that primary-care office visit rates were on average 23.8 percent higher than rates for behavioral health office visits.

If a plan had a shortage of oncologists or cardiologists, he said, an insurance company would pay more to get additional providers into the network. “It can be done pretty quickly,” he said. “Just raise rates in the areas where you’re short, like they do on the medical side.”

Tom Insel, a psychiatrist who serves as chief adviser to California Gov. Gavin Newsom (D) on mental health issues, called the results of the study “stunning.” In California, the report found that inpatient behavioral health care was 7.8 times more likely to be out-of-network.

“For people with serious mental illness, you actually have better access to care if you have Medi-Cal than commercial insurance. That is virtually unthinkable for medical conditions,” said Insel, who led the National Institute of Mental Health from 2002 to 2015. “We would never permit this for heart disease or cancer.”

Cathryn Donaldson, a spokeswoman for America’s Health Insurance Plans, the industry’s main trade group, said insurers are working diligently to ensure they are complying with the federal parity law. But the national shortage of mental health providers, along with the many clinicians who do not want to participate in insurance networks, contribute to more patients needing to go out-of-network for care, she said.

“Health insurance providers regularly assess the adequacy of their provider networks so patients have timely access to behavioral health care while accepted metrics are used to track and improve patients’ outcomes,” Donaldson wrote in an email.

Michael Thompson, president and CEO of the National Alliance of Healthcare Purchaser Coalitions, said the Milliman report confirms what he has been hearing from employers.

“This has become a situation that they can’t deal with anymore,” he said. “When their people try to get appointments with network psychiatrists, they can’t even get a phone call returned.”

When employers select a plan for workers, they usually consider whether the network will be adequate, Thompson said. But often these are “phantom networks” of providers who no longer accept the insurance or are not taking new patients. “What happens if you’re effectively buying a damaged product?” he said.

Often, patients and their families suffer the consequences.

In 2017, Terresa Humphries-Wadsworth took her 14-year-old son to an emergency room in Cody, Wyo., because he was expressing thoughts of suicide. The staff sent him to the closest hospital with a psychiatric unit. It was 100 miles away in Montana. Her son spent 10 days there before Humphries-Wadsworth learned the hospital was out-of-network. The closest in-network facility was 200 miles away from their home.

The family ended up with $110,000 in out-of-pocket expenses for two inpatient visits and residential treatment. They negotiated the amount down with the hospital and a collections agency, then took out loans to pay it off, she said.

Earlier, when her son developed diabetes, there was no question of the insurer paying for his treatment, said ­Humphries-Wadsworth, a psychologist. “How is his mental health — which was life-threatening — not covered in the same way as his diabetes, acute care needs? Why are they not treated the same?”

Former congressman Patrick J. Kennedy (D-R.I.), who sponsored the federal parity law and now runs the Kennedy Forum, which focuses on implementing the law, said the solution is clear: “The moment [insurers] make payment the same for brain illnesses as for any other illnesses, the sooner we’re going to get to people having the access to the treatment they need.”

Following the release of the Milliman report, the Kennedy Forum and several other mental health organizations submitted a letter to Rep. Frank Pallone Jr. (D-N.J.), chairman of the Energy Committee, and Rep. Robert C. “Bobby” Scott (D-Va.), chairman of the Education Committee, calling for congressional hearings on parity.

Meiram Bendat, a mental health lawyer who has brought several parity lawsuits, said much stronger enforcement by states and the federal government is needed to ensure that patients get the access they are guaranteed under the law.

“Without substantial fines against insurers, nothing is going to change because there’s no incentive to change,” he said.

Kaiser Health News is a nonprofit news service covering health issues. It is an editorially independent program of the Kaiser Family Foundation that is not affiliated with Kaiser Permanente.