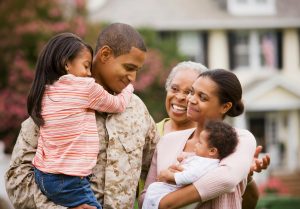 As we celebrate Black History Month, we reflect on African Americans’ place in US history. At the APA, we give thanks to psychiatrists – such as Jeanne Spurlock, MD, Solomon Carter Fuller, MD, Chester Pierce, MD, and a long list of Solomon Carter Fuller Award recipients–whose great contributions continue to influence our medical field.  It is also a time when we are reminded of the unique mental health challenges facing the black community and the importance in working together toward improved access, assessment and treatment. 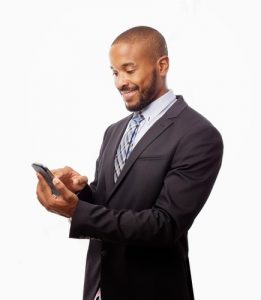 Also, African Americans sometimes express mental illness and emotional distress differently than others.  For example, among people with depression, blacks are more likely than whites to complain of body aches or other physical symptoms.
Racism and discrimination have multiple effects on mental health.  Victims of discrimination experience feelings of unfairness when dealing with mental illness and those feelings make it difficult for them to do anything about it.  In addition, the anticipation of discrimination, the perception of being in an environment of discrimination, or seeing others being victims can contribute to greater ongoing stress and anxiety.

This is also compounded by the economic effects—blacks have much higher unemployment and poverty rates than whites.  In January 2015, the unemployment rate for black  men over 20 was more than twice that of white men (11.4% vs 5.2%) and the unemployment rate for black youth age 16-19 was significantly higher than white youth (30% vs 17%).
Also, African-American men are less likely to seek help for medical problems and mental health concerns often become secondary to any medical concerns. Physical conditions and conditions affecting the mind are connected in many ways–problems that first affect the mind can later increase one’s risk for physical problems, such as diabetes, high blood pressure, or malnutrition. And physical conditions, such as a disease or an accident, can affect the mind (i.e., emotions, thinking, and mood). African Americans have a much higher risk than white Americans for many types of chronic diseases, such as diabetes and heart disease.
The California Mental Health Services Authority has developed a

Beyond the Beat and the Lyrics — Understanding the Impact of Stigma and Discrimination on the Mental Health Status of Transition-Aged African American Males,”  is intended to raise awareness and stimulate conversation.

Mental disorders are nothing to be ashamed of. They are real medical problems, just like heart disease or diabetes. As with these illnesses, there is help available and much you can do to support or improve your health. Like all people with mental illness, African Americans, do recover and go on to lead productive and fulfilling lives.

Ranna Parekh, MD, MPH, is the director of the Division of Diversity and Health Equity at the American Psychiatric Association